The Skoda Enyaq IV electric is now ready, and it is a vehicle that promises to be a […] 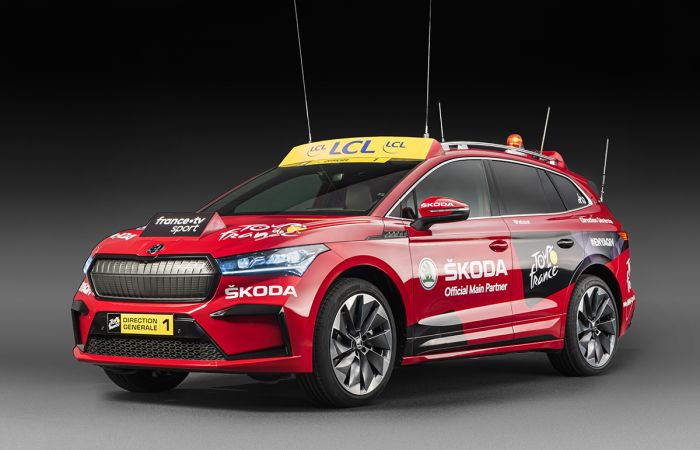 Skoda Enyaq IV and the history of Czech electric vehicles

Share
The Skoda Enyaq IV electric is now ready, and it is a vehicle that promises to be a real trendsetter in the market. It is a great bet of the Czech brand towards the electromobility. The Enyak IV is also taking part in the Tour de France. A few weeks ago the Skoda company spoke publicly about its history in the field of electric vehicles, showing photos of its first models. This is a good moment to increase this information and to talk about the previous and subsequent Czech electric vehicles, with some data full of surprise.

The first Czech electric car appeared in 1900. It was a model developed in Switzerland by Jacob Fischer, who wanted to manufacture it in Switzerland under the brand name Helvetia. But he was sent to Prague to take up the position of general manager of Krizik companies. He built another similar model for the owner, engineer Frantisek Krizik, who presented it together with a larger model in his 1901 catalogue. 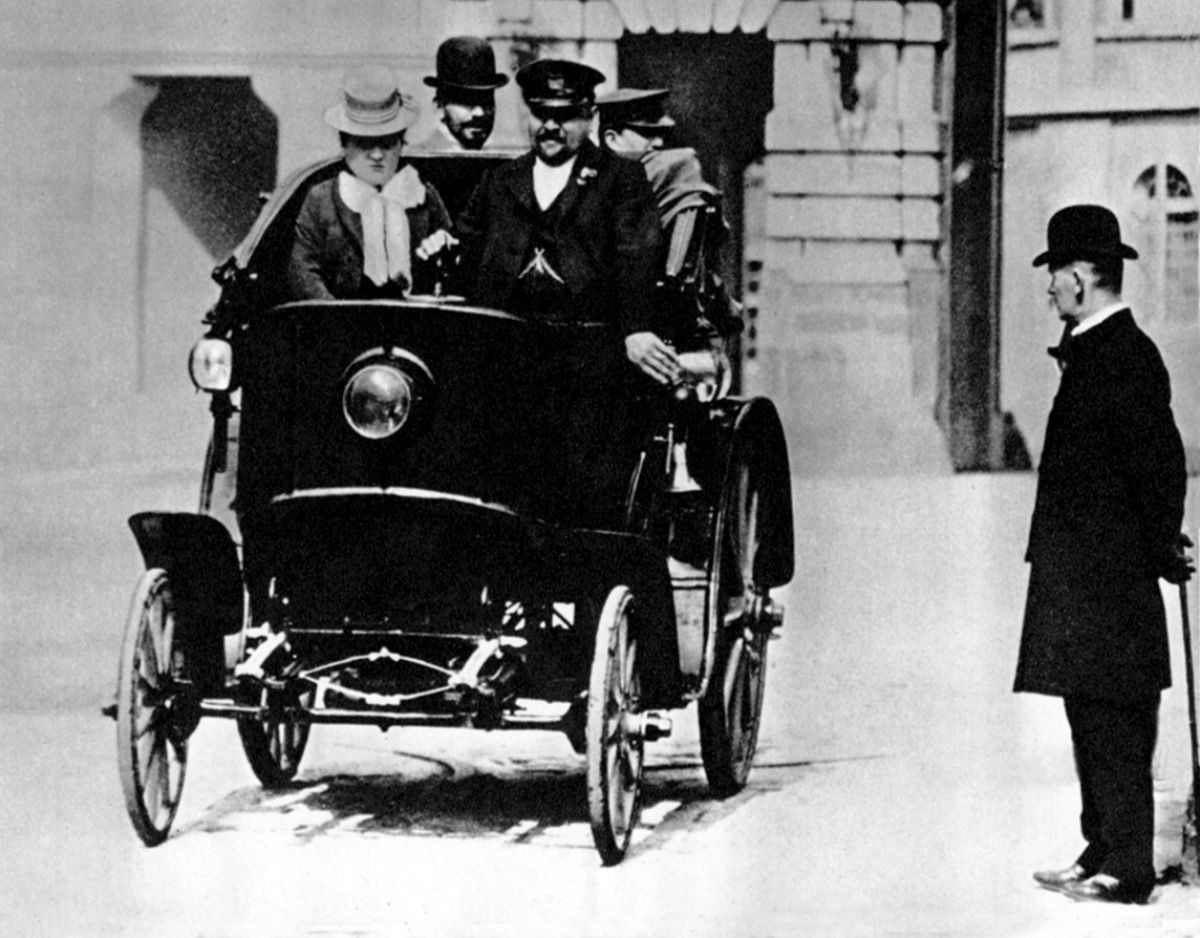 The electric vehicle attributed to Frantisek Krisik, but developed by the Swiss Fischer, 1900 (Manz/Suman archive)

Krizik continued with the electric vehicles, presenting soon after another model with the electric motors in the wheel hubs, and a hybrid model. In 1908, he received the contract from Vaclav Laurin and Vaclav Klement to study the feasibility of a hybrid vehicle. He worked with an E 24/30 HP model from Laurin & Klement (the predecessor of Skoda), convinced that the future will be for electric vehicles. In this model, and due to the lack of a reliable and powerful accumulator system, it was a 4,562 cc (110x120mm) gasoline engine producing the electrical energy for the two electric motors that transmitted their power to the rear wheels through a dynamo. This vehicle was exhibited at the Chamber of Commerce Anniversary Fair in 1908. 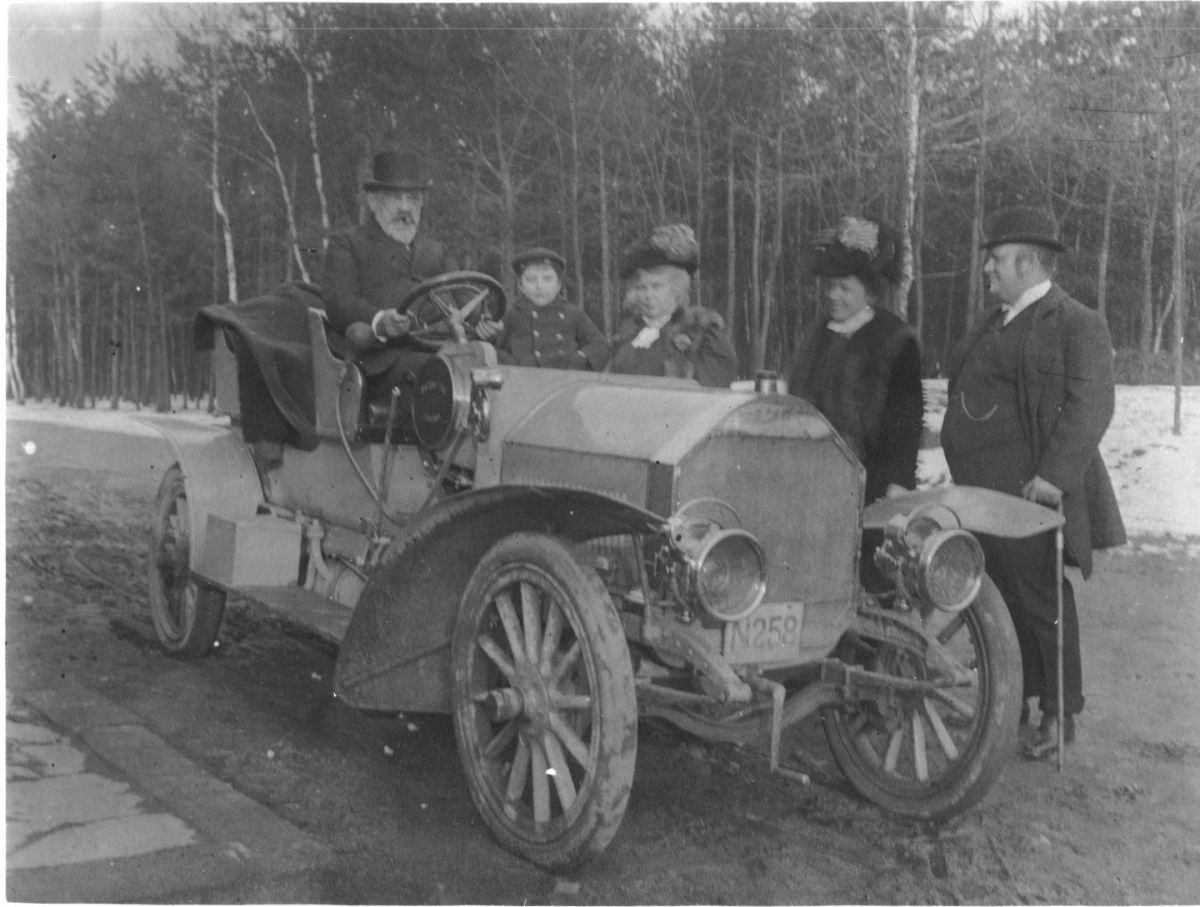 At the end of the 1930s, and with problems in supplying the oil for the vehicles' propulsion, Skoda developed two types of trucks for the distribution of Pilsner beer from the brewery to all bars and restaurants in the city of Pilsen. The small model for 1,500 kg of payload carried an electric motor of 7kW at 1,450 revolutions, with 80V 200Ah batteries, while the larger model with a 3 ton payload carried an 11 kW motor at 1,100 rpm, and 80V 350 Ah batteries. These models reached a maximum speed of about 20 km/h, but for many years they distributed this beer to the full satisfaction of the customers.

In 1990 the UVMV Research Institute in Prague assisted in the development of a new electric model, produced by Skoda Elcar in Ejpovice (near Pilsen). It was a standard Skoda Favorit cutting front and back. This three-door, two-seater car was delivered to a Swiss citizen who was very happy with this model and ordered a small series. It had a 15.5 kW engine and 14 6V 180 Ah lead-acid batteries, allowing a speed of 80 km/h and a range of 80 kilometres. As a result, in 1992 Skoda created the Eltra 151, a transformed Skoda Favorit, but without any bodywork modifications. It offered the saloon, the Forman Kombi and the Pick-Up, and produced about 1,100 units, mostly sent to Switzerland where they were distributed by the company Fridez Solar of Münchenstein (ECC Elektro City Cars) near Basel. Some were left in the then Czechoslovakia in the hands of the Post Office. 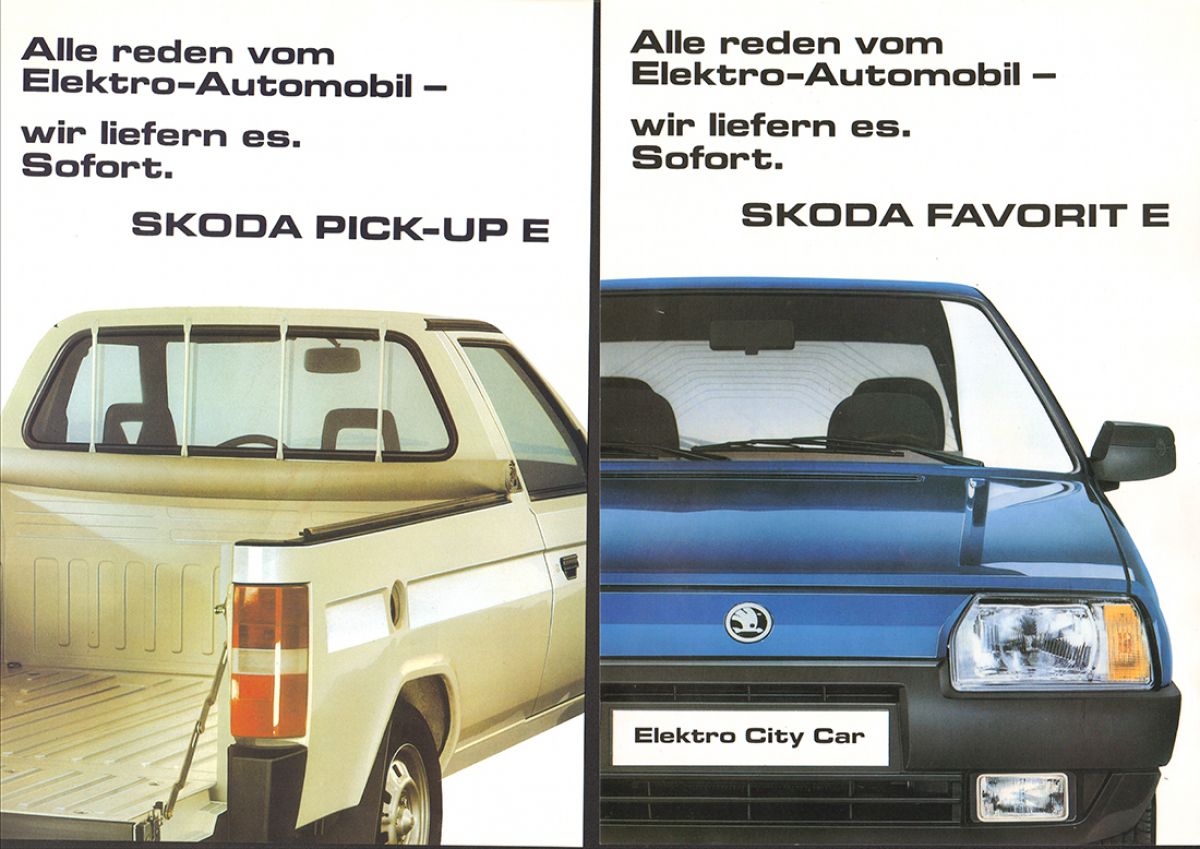 At the same time the Beta was born, a two-seater van with a payload of 500 kg, developed jointly by Skoda Ejpovice, Liaz and Tatra, and equipped with nickel/cadmium batteries. The first prototypes reached a range of 50 miles. Many pieces of the interior came from the Skoda 120L and the Favorit. This van concept ended in 1999 as a Tatra Beta equipped with a gasoline engine.

I am grateful for the collaboration of historian Marian Suman and the motorjournalist Peter Homola (deceased) in the preparation of these data.

Caption:
The Skoda Enyaq IV in its presentation for the Tour de France September 2020
03: 1939 Skoda Electric truck for transporting Pilsen beer (Skoda archive)
04: Skoda Favorit cut out, UVMV project, presented at the Prague Fair 1991, Photo: Lubos Dembicky
06: Skoda Elcar Beta Furgoneta 1992 (Photo Archivo Manz)
You can support me and my articles by donating the amount you want.
I will be very grateful.