The electric car is not an invention of our time, as it seems to be current. Its fascinating […] 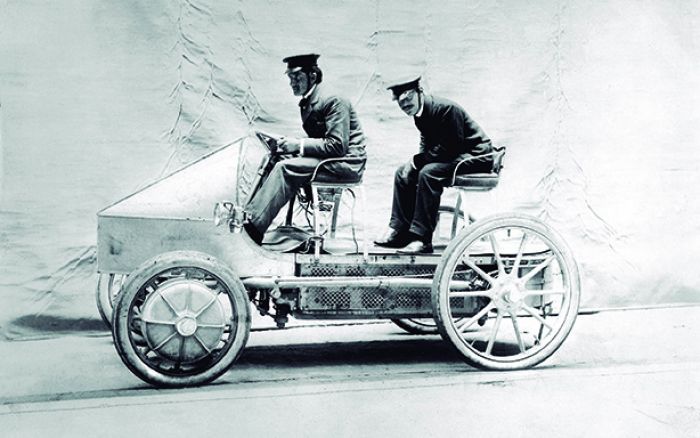 Share http://www.docecalles.com
The electric car is not an invention of our time, as it seems to be current. Its fascinating history, dating from the late nineteenth century, is documented by the journalist and historian Christian Manz in the first two titles, The Pioneers. 160 km / h and 307 km of autonomy (1870-1906) and Silent and clean. Electricity against water and oil (1905-1936), edited by Ediciones Doce Calles, which will be present at the ClassicAuto 2018, to be held from February 23 to 25 in Madrid, casa de Campo, Pabellón de Cristal.

In the research on the electric car, Christian Manz discovers curious facts, including how this pioneering industry could have been manipulated to minimize its impact on the market, despite showing clear advantages over gasoline, as it is a silent car and harmony with the environment and, for this reason, preferred by women. During the Classic Auto 2018, attendees can learn more about the history of the electric car in a conversation with the author, Christian Manz, and Jesus Bonilla, editor of Classic Motor, open to the public at 11 am in Casa de Campo.

The publications: The Pioneers and Silent and Clean

The pioneers make a visual and investigative tour of the first models and brands as representative as Porsche and Mercedes, their builders, the first car races and the advances of the industry. Silent and Clean, book that will officially be presented in the Classic Auto, highlights the evolution and global distribution of the electric car, the creation of important brands in America and Europe, the arrival of the hybrid car. And an exciting chapter on the almost unknown story that Henry Ford wanted to build an electric car along with Thomas Alva Edison.

Both books will be available at the stand of Libro Motor bookstore, during the three days of the Classic Auto Show, and on February 24, the author will sign copies from 12:00 to 14:00. And the collection, by Ediciones Doce Calles, continues with the titles When oil was Lacking and A Better Future, soon in bookstores.
TagsLos PionerosSilenciosos y LímpiosHistoria del Coche EléctricoV. Christian Manz