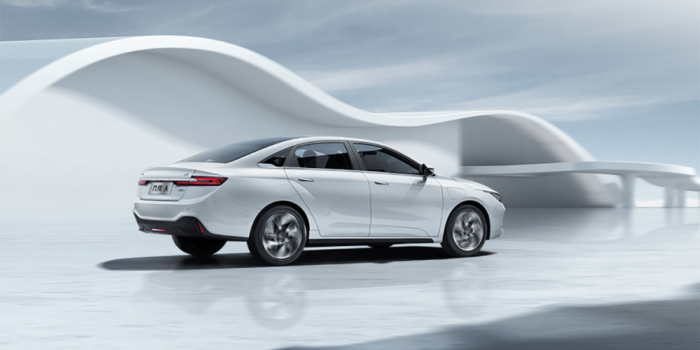 Geely Geometry A, first of the new range

Share
The large Chinese conglomerate Geely has just created its new brand Geometry, which will be dedicated to the production of electric vehicles. At the same time it has presented its first model, the A, a sedan with 120 kW engine and a range of more than 400 kilometers.

The Geometry A will be supplied in the standard version and extended version - typical in China - and will also be exported to different markets from now on. The company plans to present ten different models until 2025, sedans and SUVs and Vans.

The A model has batteries CATL with capacities between 52 and 62 kWh, which also allow a quick recharge from 30% to 80% of its capacity in 30 minutes. The company speaks of a consumption of about 13.5 kWh at 100 km.

Geely mentions that it already has more than 27,000 orders for this car, many of them from Singapore, but also from Norway and France.

The Chinese say that the name Geometry refers to Geometry, "which was born thousands of years ago to describe the world as man sees it".
TagsGeely