With over 8,000 vehicles sold in the UK since launch, the BMW i3 is the best-selling electric car in […] 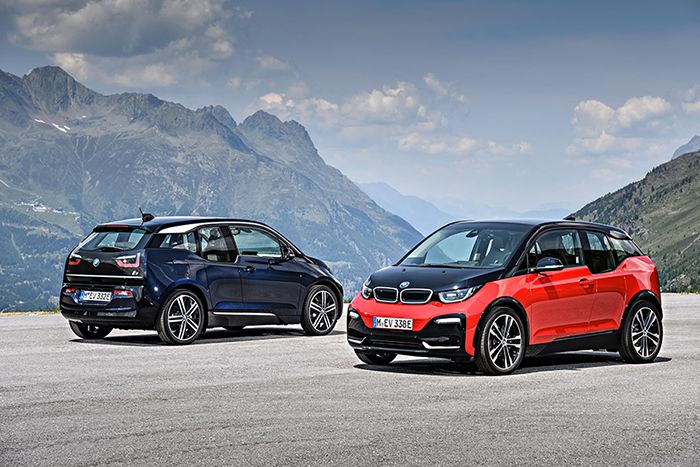 BMW presents new i3 and i3S

Share
With over 8,000 vehicles sold in the UK since launch, the BMW i3 is the best-selling electric car in the premium compact segment. Now, the success story is set to continue with a major refresh, new technology and the addition of a new, sportier variant, the BMW i3s. They will celebrate their world premieres at the International Motor Show (IAA) in Frankfurt/Main in September 2017.

Following systematic refinement, the BMW eDrive technology aboard the new BMW i3 and new BMW i3s offers emission-free driving with instantaneous power delivery, efficient use of energy and increased range. Both models draw their energy from the lithium-ion high-voltage battery with a capacity of 94Ah (33kWh). A range-extender engine can be ordered as an option for both models.

The synchronous electric motor powering the new BMW i3 generates a maximum output of 170hp and reaches a peak torque of 250Nm, all of which is available instantly from a standstill. This means that stepping on the accelerator pedal immediately unleashes a burst of speed. The power is transferred via a single-speed automatic transmission meaning the zero to 62mph benchmark sprint can be achieved in 7.3 seconds. Top speed is limited to 93mph.

Located low in the vehicle floor, the lithium-ion high-voltage battery provides a range of 125-186 miles. The combined electric power consumption of the new BMW i3 on the NEDC cycle varies between 13.1 and 13.6kWh for every 62 miles.

The agile handling characteristics of the BMW i3 have been improved still further by the optimised Dynamic Stability Control (DSC) system. This faster responding traction control system guarantees confident handling under all driving conditions. The BMW i3 now features a unique form of wheel speed limiting that ensures increased directional stability both under acceleration and on the overrun with strong regenerative braking. Traction during pull-away on snow and wet roads has also been noticeably improved. DTC (Dynamic Traction Control) mode now boosts agility at higher speeds even allowing mild and safely controllable drifts on cornering.

The new BMW i3s is powered by a high-performance 184hp electric motor that generates peak torque of 270Nm. Its updated drive system includes modified motor control and specific taper roller bearings, which have been utilised to further optimise power delivery and the performance curve at higher rpm. At the limits of the motor speed range, the power and torque of the further developed drive system represent an improvement of up to 40 per cent for the BMW i3.

360° ELECTRIC is a range of products and services that help make electric mobility a convenient, everyday experience. The functionality of the standard charging cable supplied with the new BMW i3s has been optimised and includes a temperature sensor. Charging at home using the BMW i Wallbox can supply 11kW of power to charge the high-voltage battery. This allows enough energy for an electric range of around 112 miles to be transferred in under three hours – five times quicker than with the standard charging cable. The new BMW i Wallbox Connect also extends the functionality of the globally unique BMW Digital Charging Service to provide intelligent charging for optimal cost efficiency, and allows customers to make best use of self-generated solar energy. In addition, it is also possible to control the charging process using a smartphone app and manage usage by means of an access card. Drivers with a registered ChargeNow card have unrestricted access to the world’s largest network of public charging stations.
You can support me and my articles by donating the amount you want.
I will be very grateful.