At the beginning of the sixties, the Spanish company Trimak was looking for […] 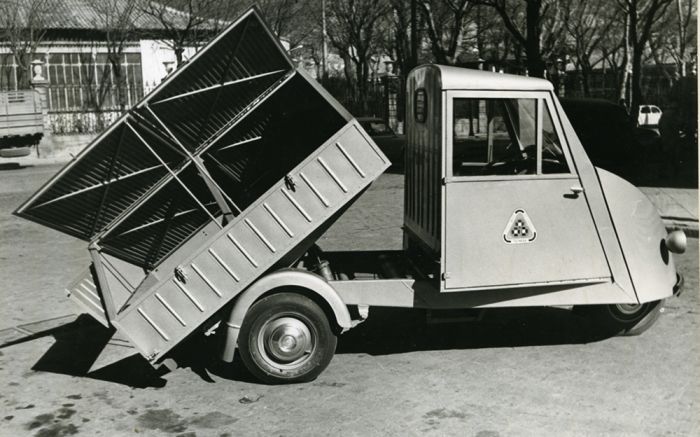 The Visitor: Trimak, the van financed by Rockefeller

Share www.vchristianmanz.com
At the beginning of the sixties, the Spanish company Trimak was looking for financing to launch its three-wheeler van into large-scale production. It found the necessary money through two foreign companies, International Basic Economy Corporation (IBEC) and Transoceanic-AOFC Ltd., both belonging to the American Rockefeller Trust, which took over 60% of the shares. From there on, sales multiplied.

Trimak S.A. was founded at the end of 1959 when it bought the large two-storey building of the MOTO SCOOTER company in Calle Ronda de Toledo in Madrid, manufacturer of the Rondine motorbikes. The new owner, Estanislao Makowiecki, a Polish nationalised Spanish engineer with a great industrial background behind him, developed a van with its own engine, a model that promised a great future in the still poor Spain. In 1961 he manufactured the first 100 units of a cargo tricycle with a new engine called LEW, which was entirely developed by Makowiecki. The sales success of the first 100 units was spectacular, despite only exhibiting them at the Barcelona Trade Fair the previous year. Trimak S.A. was literally flooded with orders, but refused to increase production without first being able to guarantee high quality and a continuous supply. Makowiecki planned and prepared conscientiously a much larger production. From the very beginning, the criterion was established that the Trimak should be entirely national, built with Spanish raw materials and components; few vehicles at that time met these conditions.

Due to the high demand it was decided to start with a production rate of 100 vehicles per month from 1962. Trimak temporarily ceased production at the end of September 1961 in order to set up a modern production line. Both the truck and its LEW engine were unique, assembled from entirely Spanish materials, and therefore independent of foreign materials, so that production did not depend on import licences or foreign exchange facilities. Both the engine and the vehicle were protected by a number of patents.

Before the foreign entities willing to provide the necessary capital for greater production, Makowiecki stressed that its Trimak tricycle stands out for its particular characteristics such as a 700 kg payload plus driver and passenger (data certified by the Spanish government), the LEW engine with a performance of 14 CV at 4,800 rpm and a consumption of 6 to 8 litres per 100 km, as well as car comfort as it has a steering wheel, a closed cabin and car controls, plus its safety features with a rigid construction chassis tested and proven in accidents. 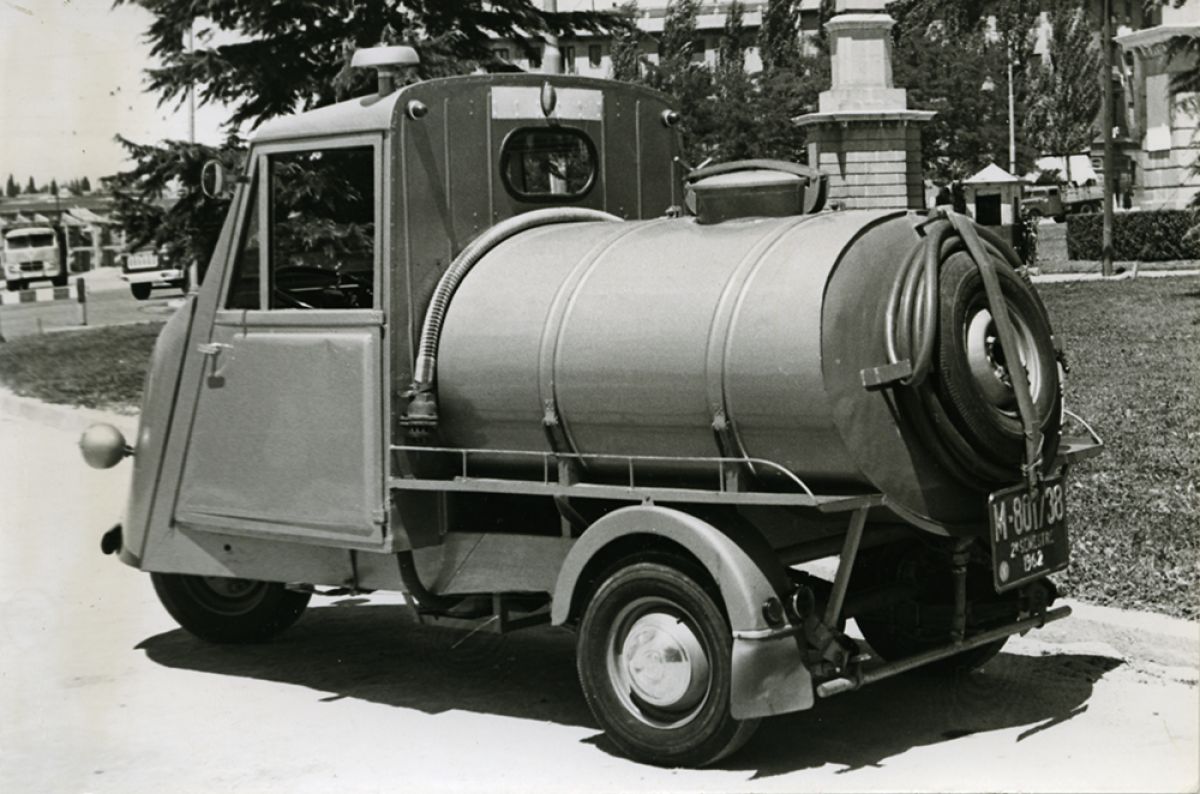 With regard to the LEW engine, Makowiecki confirmed that its single-cylinder, two-stroke engine is an ingenious project with numerous patented features, and, like the Trimak van, manufactured entirely from Spanish materials. The LEW engine was genuinely Spanish, developed by a Polish-born but nationalised Spanish engineer.

Before starting with the approach of a larger production, a rather thorough marketing study was carried out: all distributors had to write down the orders they had received and on what date. Sales of these vehicles were also calculated in the future by studying their possible competition, which consisted of motorcars, with handlebars and without cabs, or already in larger vans such as the DKW, which is considerably more expensive than the Trimak. The experts came to the conclusion that the Trimak could have a demand of more than 500 units per month and cover 10% of the market for this type of vehicle. Even with this data in hand, Makowiecki planned the cautious production of 100 units per month.

In a big meeting at the end of 1961 with the invited press, Makowiecki announced in Spain that the Rockefeller Trust through two companies, represented from a base company in Geneva, was willing to take over 60% of the shares of Trimak and thus help the production of the tricycle. It took Makowiecki months of work to convince the Americans, but he finally secured the six million pesetas for the capital increase as well as a substantial loan for future operations. Those responsible for the Rockefeller Trust with their extensive experience in various continents were finally convinced that the Trimak would not only cover the needs of the Spanish market, but would soon be exported to many countries, which had already shown great interest in the product. Among them several South American and Middle Eastern countries. 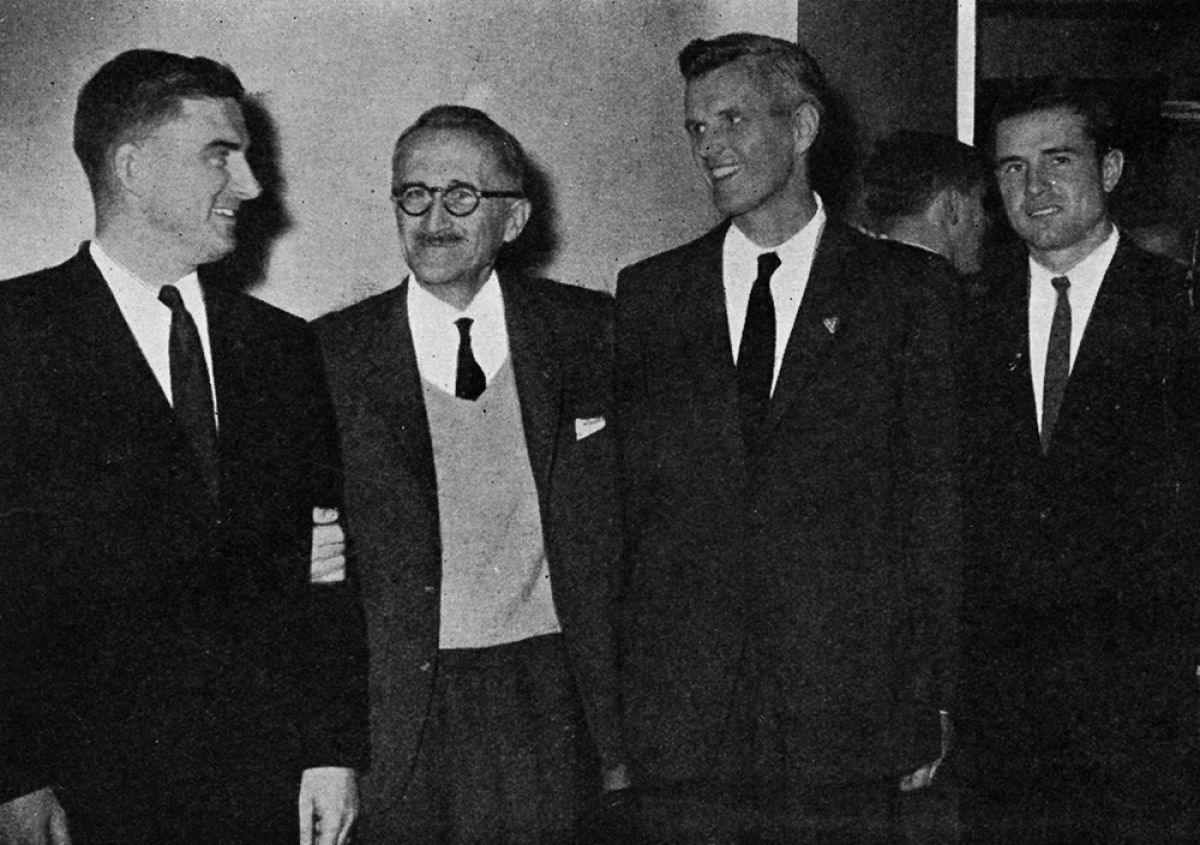 The problem was that the company was located in Spain. In order to be able to produce around 100 units per month, with the idea of expanding to 200 in a few weeks, armoured contracts had to be signed with the supply companies with heavy penalties for each day's delay and technical assistance provided to suppliers to raise their level of operations. It was clear that the suppliers would have to make big changes if they wanted to be chosen as Trimak's supplier, the up to then almost artisanal deliveries of their products had ended.

At the end of 1962 the tri-truck, -a light three-wheeled van-, was offered in several versions, all of them using the same cab and chassis to save costs. The 600 model had a flat loading platform and folding sides, which could be covered with a tarpaulin. The 700 model represented a closed van type with a capacity of 2.5 cubic metres, a unique model in the Spanish market. The model 800, also unique, had a higher closed box with a capacity of up to 4.5 cubic metres. Two prototypes were also launched, a planter capable of carrying five passengers on three benches, and a dumper version. Thus the official explanations, typed and presented at the end of 1962. According to the brochures that accompanied these official explanations, the designations were different, model 600 for the closed box van, model 650 for the normal size closed box van, model 700 for the open platform van, and the tipper was given the designation 710. In addition, two more versions were presented, one for loading gas bottles, called 702, and another for street cleaning, called 704.

The single-cylinder 250 cc (70 x 64 mm) two-stroke LEW engine, which required a mixture of petrol and oil, had a power of 14 HP at 4800 rpm, mounted on three vibration-absorbing silentblocks. It was cooled by a fan, which was very effective during stops, climbs and hot summer days. The four speeds with reverse gear, incorporated in the engine block, gave the vehicle a high speed on the road and its gearbox helped to start up on any slope under full load. The transmission was direct to the rear axle, with no chains or gears. The front suspension was spring-loaded with shock absorbers, while on the rear axle, with floating axle shafts, semi-elliptical springs were used. The Trimak also had good hydraulic drum brakes on the three wheels and a handbrake on the transmission.

Trimak S.A. was dissolved in 1968 to constitute the company Trimacar S.A.E. with headquarters in Sabadell (Barcelona), which in 1970 changed the silhouette of the model for something more modern, which remained on the market until 1975.

Photo caption:
Cover: The tipper, the Trimak 710, could carry 0.3 cubic metres of sand
01: The 704 carrying a 600 litre water tank for cleaning streets
02: The top management: Felix A. Kalinski, president of Trimak and vice-president of IBEC, Estanislao Makowiecki, vice-president of Trimak's Board of Directors and its general manager, W.B. Dixon Stroud, president of IBEC and Transoceanic-AOFC and Richard de Lambert, director-administrator of IBEC's European office in Geneva and advisor to Trimak
Photos: Archvo Manz