In response to the call for action by UN Secretary-General, Ban Ki-moon, UITP (the International […] 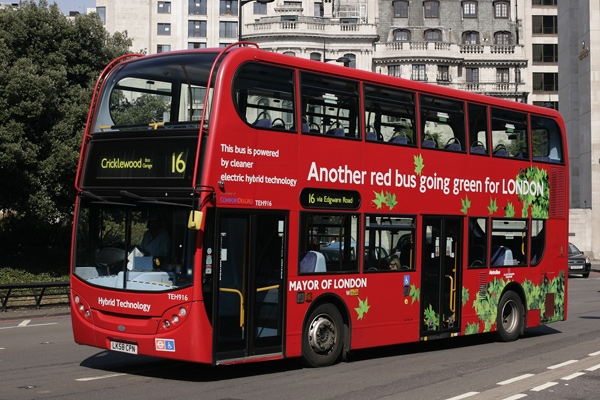 Share http://www.uitp.org
In response to the call for action by UN Secretary-General, Ban Ki-moon, UITP (the International Association of Public Transport) is inviting its members to sign up to a 'UITP Declaration on Climate Leadership' in support of September's UN Climate Summit in New York.

Launched by UITP’s Deputy Chairman of Sustainable Development, Ahmad Al Akhras at the UN Abu Dhabi Ascent (4-5 May), UITP is now calling on its members to show their leadership and commit to concrete actions to reduce emissions in their cities and strengthen climate resilience. These commitments will be showcased at the Summit in September and show how UITP members are making cities better places to live and work through public transport.

“I challenge you to bring to the Summit bold pledges. Innovate, scale-up, cooperate and deliver concrete action that will close the emissions gap and put us on track for an ambitious legal agreement on climate change,” announced UN Secretary-General Ban Ki-moon in the build up to the Ascent.

Ministers from across the globe heard in Abu Dhabi that by doubling its market share, public transport can make a real positive change to quality of life in cities. Taking cars off the road and offering sustainable mobility options will help cities reclaim their place as hubs for trade and business. Creating livable and sustainable urban environments also makes it possible to stabilise urban transport greenhouse gas emissions despite the massive overall increase in the number of trips made in urban areas.

There are many positive examples from around the world and the declaration aims to showcase what UITP members are doing to make their cities more attractive, competitive and rejuvenated.

“We strongly welcome the UN Secretary-General’s convening of a leaders' summit on climate policy in September in New York, which will no doubt inject important momentum into the talks on a global, binding climate treaty to be concluded by 2015,” said Gunnar Heipp, the Chairman of the UITP Sustainable Development Commission championing the Declaration.

In closing the UN Ascent meeting, Helen Clark the administrator for the UN Development Programme and former Prime Minister of New Zealand singled out UITP’s initiative to the global audience as a leading transport action area to be launched at the Summit.

UITP hopes that with the UN Secretary-General’s support and its members’ commitments, it will provide the inspiration to improve the domestic enabling conditions to shift investment to sustainable transport infrastructure in our cities.

The International Association of Public Transport (UITP) is a passionate champion of sustainable urban mobility and is the only worldwide network to bring together all public transport stakeholders and all sustainable transport modes. We have 1,300 member companies giving access to 14,000 contacts from 92 countries. Our members are public transport authorities and operators, policy decision-makers, research institutes and the public transport supply and service industry.