Although the Sonata Plug-in Hybrid is very technologically advanced, it will behave much like the […] 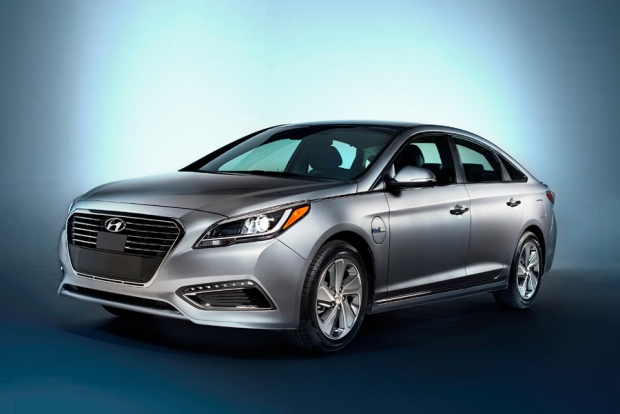 Share
Although the Sonata Plug-in Hybrid is very technologically advanced, it will behave much like the regular Sonata Hybrid from the driver’s seat. A 9.8 kWh lithium polymer battery pack, roughly five times larger than the Sonata Hybrid’s battery, is expected to give Sonata Plug-in Hybrid an all-electric range of up to 22 miles, further than any other midsize PHEV saloon.

Plug-in Hybrid uses a six-speed automatic transmission with Hyundai’s Transmission-Mounted Electrical Device (TMED), a 50 kW electric motor, in place of a torque converter. Sonata The 50 kW electric motor is 32 percent more powerful than the motor used the in regular Sonata Hybrid and allows EV operation at higher speeds. A 2.0-liter Nu four-cylinder GDI engine coupled with the electric motor allows the Sonata Plug-in Hybrid to operate just like the Sonata Hybrid once the onboard battery charge is depleted. Sonata PHEV’s Nu engine produces 154 horsepower and 140 lb. ft. of torque and the total system output is 202 horsepower at 6,000 rpm.

Sonata PHEV is expected to deliver 93 MPGe combined in EV mode based on internal estimates. In charge sustaining mode, the Sonata PHEV is expected to return 38 mpg in the city, 43 mpg on the highway and 40 mpg combined based on internal testing. Recharge time ranges from two and a half hours at a 240V Level 2 charging station to five hours using a standard 120V outlet.