Voze Electric Vehicles is the name of a Chilean company trying to perfect their electric tricycle, […] 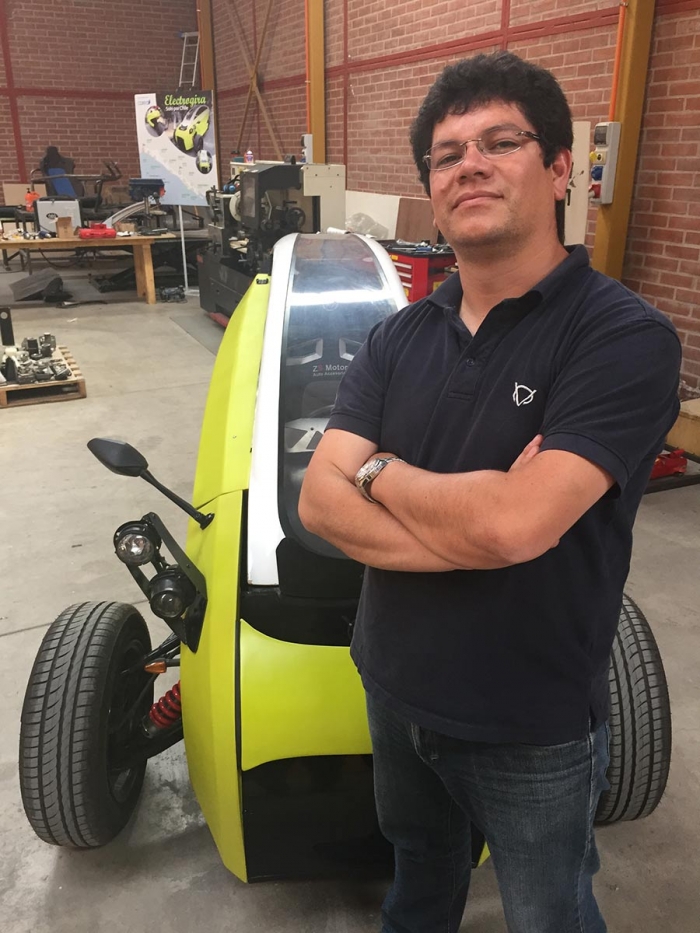 Share http://www.voze.cl/
Voze Electric Vehicles is the name of a Chilean company trying to perfect their electric tricycle, now called Sôki, that means "two" in the language of extinct Chilean ethnian goup Selk`nam.

This project of a 100% electric tricycle started four years ago by the hand of Daniel Pavez, an industrial mechanic, who presented a protype of this tricycle. In the last 48 months this tricycle was continuously improved and now it is so perfect than the company could start a production. Actually this tricycle travells around Chile, to show to all people and the press how good it is working - and people are really impressed. The Sôki has a magnetic electric engine of 7 kW, located nearby the wheel, with 100 Nm torque. It can run about 60 km/h and has a range of a bit more than 60 kilómetros, enough for a lot of day-to-day work. The battery can be charged in about three hours.

Now we can only congratulate this Chilean project and hope to see very soon a lot of Sôki first on south american roads, but later also on other continents.