The future has reached the birthplace of the modern automobile: the Toyota Mirai (“Future” in […] 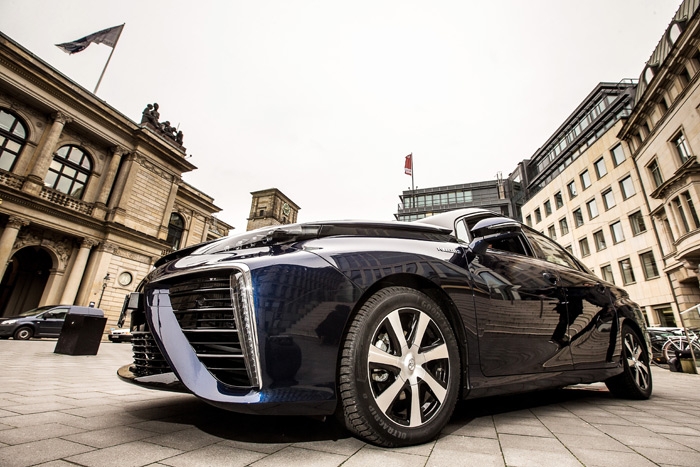 Toyota Mirai has arrived in the birthplace of the automobile

Share
The future has reached the birthplace of the modern automobile: the Toyota Mirai (“Future” in Japanese) was handed over to the very first German customer. The new owner, Nikolaus W. Schües, from Hamburg, has been promoting hydrogen technology via the Hamburg Hydrogen Society for over 27 years and now with the Mirai the hydrogen future has truly become a reality for him.

"Fuel cell vehicles are the future: they are free of harmful exhausts and convenient for everyday use, providing ranges of 500 kilometres and more as opposed to pure electric cars. When Toyota introduced the Mirai, I did not think twice - this is the car of the future, “explains Mr Schües.

The longstanding chairman of the "Hamburg Hydrogen Society", Mr. Schües is an advocate for climate protection and clean energy through hydrogen.

Mr Schües has received the keys to his new car from Masahisa Nagata, Executive Vice of President Research and Development at Toyota Motor Europe. "Toyota is convinced that many partners are needed on the way towards a sustainable, hydrogen-based society. Mr. Schües is one of those long-term partners who have accompanied us on this common path for decades. For this reason, I am particularly pleased to be able to hand the first Mirai in Germany to Mr Schües in person. " said Mr Nagata at the handover ceremony at the Innovation Campus of Hamburg’s Chamber of Commerce.

The ancient Hanseatic city on the Alster and Elbe is a pioneer in fuel cell technology: Hamburg, having the world's largest fuel cell bus fleet, has been driving the expansion of hydrogen infrastructure with various partners, now having four H2 fuelling stations and planned to build the fifth in Q1 of 2016.

Germany is the third market to deliver the Toyota Mirai to customers in Europe after the United Kingdom and Denmark.

Using solely hydrogen as fuel to generate electricity, Mirai achieves superior environment performance with no CO2 emissions or pollutants when driving, and the same level of convenience and autonomy as gasoline engine vehicles, with a generous cruising range and a hydrogen refuelling time of about three to five minutes.