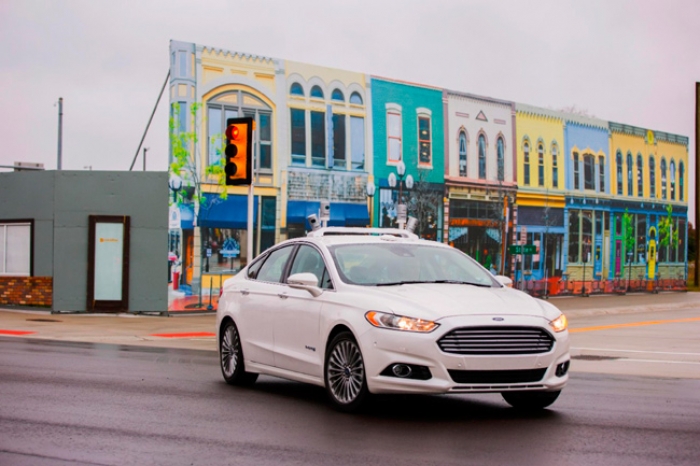 Share
Ford is tripling its fleet of fully autonomous Ford Fusion Hybrid test vehicles adding 20 vehicles to the company’s autonomous fleet, bringing the total number to 30 vehicles being tested on roads in California, Arizona and Michigan.

“Using the most advanced technology and expanding our test fleet are clear signs of our commitment to make autonomous vehicles available for millions of people,”said Raj Nair, Ford executive vice president, Global Product Development, and chief technical officer. “With more autonomous vehicles on the road, we are accelerating the development of software algorithms that serve to make our vehicles even smarter.”

Building on more than a decade of Ford autonomous vehicle research, this expansion is a key element of Ford Smart Mobility – the plan to take Ford to the next level in connectivity, mobility, autonomous vehicles, the customer experience, and data and analytics. The newest vehicles represent Ford’s third-generation autonomous vehicle development platform, and are based on Ford Fusion Hybrids, similar to the second-generation platform.

Fusion Hybrids were chosen for the second-generation vehicles because they have the newest and most advanced electrical architecture. With the latest generation of computers and sensors – including the smaller, but more advanced Velodyne LiDAR HDL-32E sensor – Ford’s autonomous vehicle platform moved a step closer to production.

The objective of the second-generation vehicle fleet is to test many of the computing and sensor components required to achieve fully autonomous driving capability, as defined by SAE International Level 4, which does not require the driver to intervene and take control of the vehicle.