Techrules, the new automotive research and development company based in Beijing, has started the […] 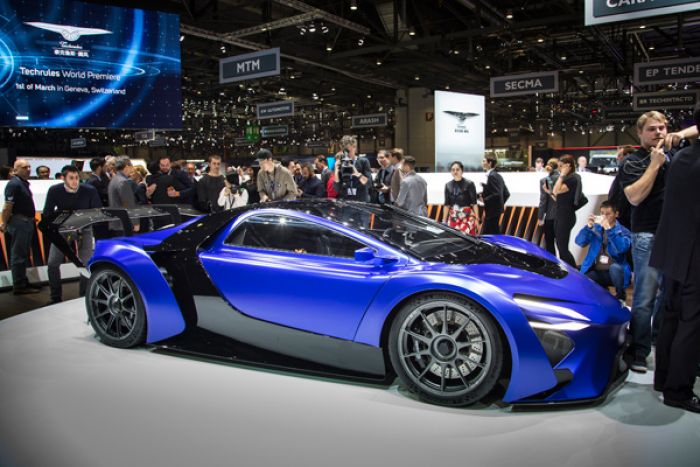 Share
Techrules, the new automotive research and development company based in Beijing, has started the process of identifying potential locations to establish its European production base. Techrules made a successful international debut at the 86th Geneva International Motor Show presenting its revolutionary turbine-recharging electric vehicle (TREV) technology in China’s first supercar concept.

Techrules has appointed a small team to identify specific locations in Europe where it can establish a production facility for its supercar. The team is looking at existing sites that are currently or will soon become vacant, and also at possible sites where it could develop an all-new site from the ground up.

The company’s strong in-house engineering team is focused on finalising the development and manufacturing processes of the production version of its TREV micro turbine hybrid range extender technology. Meanwhile, it will continue to progress vehicle engineering and styling programmes for the AT96 and GT96 variants of its supercar with specialist partners in the UK and Italy.

Techrules plans to launch China’s first supercar – featuring its TREV technology – into the global market in the next two-to-three years. It then plans to begin production of higher volume city cars a few years later. It is currently exploring options for production facilities in Europe, as well as continuing negotiations with new development partners.

Techrules is dedicated to the innovation of new energy technologies to advance the environmental and dynamic performance of EVs as well as the convenience to the user.

TREV is a range extender system that uses a micro-turbine to generate electricity that charges a battery pack. The battery powers the motors that drive the wheels. Newly developed battery management technologies enable superior charging efficiency. The high efficiency of the TREV range extender results in a requirement for fewer batteries, saving weight and space.

Techrules showcased its ground breaking technology at the 2016 Geneva International Motor Show in a plug-in hybrid range extender TREV concept that represents the first step towards production of China’s first supercar. A development prototype started testing in February 2016 at the world-famous Silverstone race circuit in the UK.