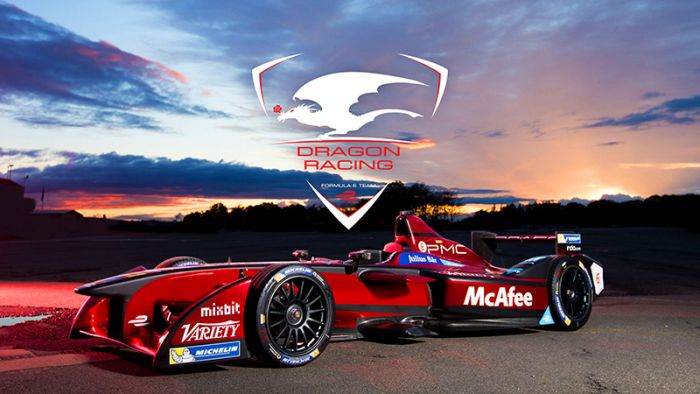 Share http://www.ff.com
Faraday Future announced a long-term alliance with Dragon Racing, becoming the core technical partner and title sponsor of the team. The new team name will be Faraday Future Dragon Racing, and the partnership will officially initiate at the beginning of Season 3 (2016/2017) at the Formula E Hong Kong ePrix on October 9, 2016.

“Formula E has placed a significant emphasis on electric performance and connectivity, which makes it a great fit for Faraday Future,” said Mattiacci. Global Chief Brand & Commercial Officer. “Formula E has leveraged a community of fans and embodies the competitive spirit that we also share.”

Faraday Future is a California-based mobility company focused on extreme technology. Dragon Racing has proven itself on the world racing stage as a championship organization with an emphasis in professionalism, performance, and competitive spirit.

Faraday Future and Dragon Racing will work together in Season 3 (2016/17) to develop key technology software solutions to maximize performance capabilities within the vehicles’ powertrains. Faraday Future’s R&D team will look for opportunities within the Dragon Racing platform to improve overall drivetrain performance. Additionally, they will refine data acquisition and analytics to improve vehicle simulation models, which will aid in more accurate predictions of vehicle performance and efficiency.

In the Season 4 (2017/2018) and beyond, Faraday Future and Dragon Racing will work together to implement various Faraday powertrain components, software, firmware, and other hardware as the team sees fit. This could include Faraday Future motors, gearbox, and the FF Echelon Inverter – the same inverter that will be installed into every future Faraday Future production vehicle. While competing in the Formula E World Championship Series, FF technology will encounter some of the most challenging and strenuous conditions the world has to offer.

Dragon Racing is an American auto racing team, involved in many areas of motorsport. In 2014, the team became one of the initial founding teams of the FIA Formula E racing series. Dragon Racing was founded in 2007 by Jay Penske and Stephen J. Luczo and is headquartered in Los Angeles, California – the largest EV (electrical vehicle) market in the world. They have additional operations in the United Kingdom at the Donington Park racing circuit.

Dragon Racing is currently one of the leading teams in the Formula E Championship, with the Penske-led team finishing 2nd (runner-up) in the inaugural 2014/2015 Formula E season with drivers Loïc Duval and Jérôme D’Ambrosio.
TagsFaraday FutureDragon Racing