Britain’s most successful Olympian and Nissan ambassador, Sir Chris Hoy, has given some of Team GB […] 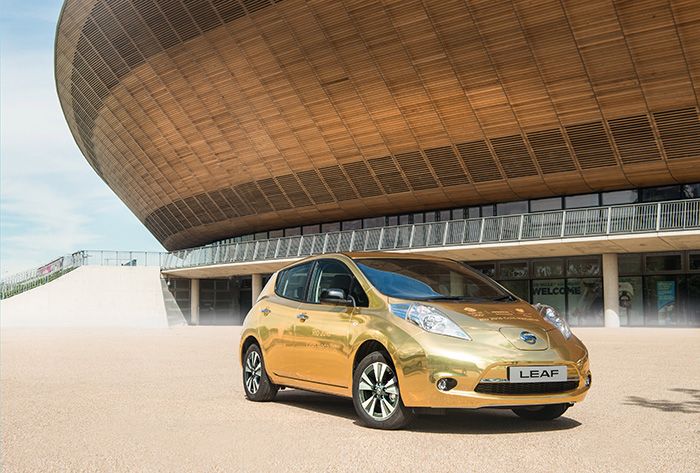 Share
Britain’s most successful Olympian and Nissan ambassador, Sir Chris Hoy, has given some of Team GB and Paralympics GB’s athletes some extra motivation to win gold with the announcement that the car maker will reward all Nissan sponsored athletes who win a gold medal at the Rio Games with a special gold wrapped all-electric Nissan LEAF.

Sir Chris launched the initiative and unveiled the first gold Nissan LEAF at the Lee Valley Velopark, the setting for some of his own gold medal-winning moments.

Nissan ambassadors, including the likes of heptathlete Katarina Johnson-Thompson, gymnast Max Whitlock and multi-gold medal winners David Weir CBE and Richard Whitehead MBE will have the chance to drive away from Rio 2016 in the world’s best-selling 100% electric vehicle, the Nissan LEAF.

“Let’s hope they can do it – compete at their best and come home with gold. It would be fantastic to hand over one of these special gold Nissan LEAFs on their return,” Sir Chris Hoy said.

“Nissan is fully behind all of the GB athletes heading to Rio but will of course be keeping a close eye out for those we have individually supported over the course of the Games’ cycle on their road to Rio 2016.”

Nissan athletes, who successfully step up to the top of the podium in Brazil, will receive their golden LEAF on their return from Rio.
TagsNissanLeafOlimpic Games