The giant battery factory, which Tesla is raising in the Nevada desert, will produce the first […] 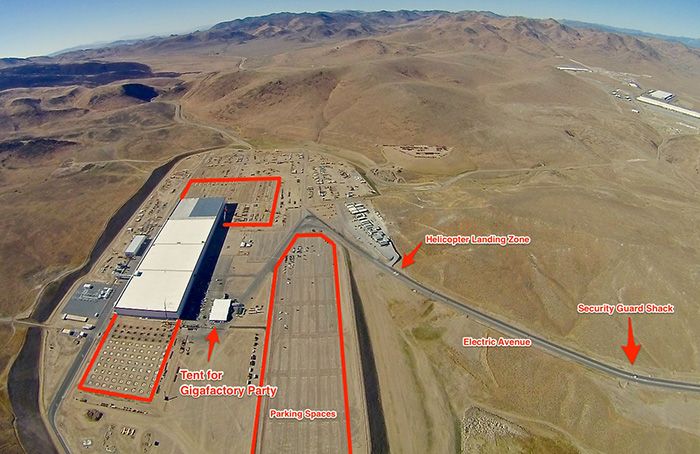 Tesla accelerates the building of the gigafactory

Share
The giant battery factory, which Tesla is raising in the Nevada desert, will produce the first lithium-ion batteries later this year, according to what Elon Musk was telling to the press. Currently a 14% of the plant is finished, but they are working hard, with more than 1,000 workers and 24 hours a day / seven days a week, to finish everything in the shortest time possible. Musk opened a part of the plant to the media, like you can see in the video.

Tesla’s mission is to accelerate the world’s transition to sustainable energy. To achieve that goal, we must produce electric vehicles in sufficient volume to force change in the automobile industry. With a planned production rate of 500,000 cars per year in the latter half of this decade, Tesla alone will require today’s entire worldwide production of lithium ion batteries. The Tesla Gigafactory was born of necessity and will supply enough batteries to support our projected vehicle demand.

Tesla broke ground on the Gigafactory in June 2014 outside Sparks, Nevada, and we expect to begin cell production in 2017. By 2020, the Gigafactory will reach full capacity and produce more lithium ion batteries annually than were produced worldwide in 2013.

In cooperation with Panasonic and other strategic partners, the Gigafactory will produce batteries for significantly less cost using economies of scale, innovative manufacturing, reduction of waste, and the simple optimization of locating most manufacturing process under one roof. We expect to drive down the per kilowatt hour (kWh) cost of our battery pack by more than 30 percent. The Gigafactory will also be powered by renewable energy sources, with the goal of achieving net zero energy.

The name Gigafactory comes from the factory’s planned annual battery production capacity of 35 gigawatt-hours (GWh). “Giga” is a unit of measurement that represents “billions”. One GWh is the equivalent of generating (or consuming) one billion watts for one hour—one million times that of one kWh.