ZF Friedrichshafen AG has continued its good business development in the first half of 2016. In the […] 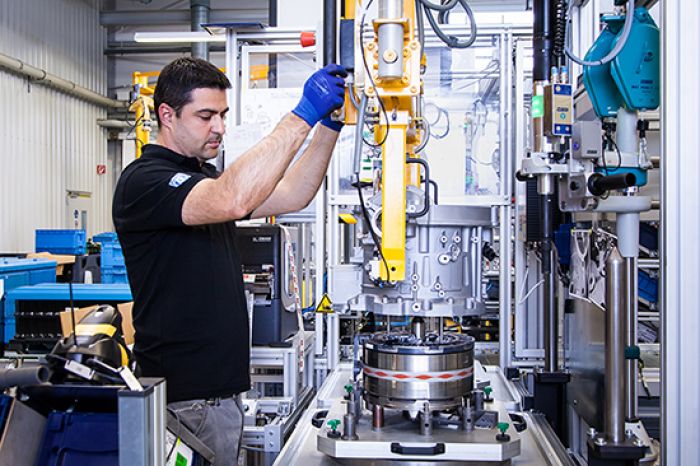 Share http://www.zf.com
ZF Friedrichshafen AG has continued its good business development in the first half of 2016. In the first six months of 2016, sales increased to €17.8 billion and the adjusted operating profit (EBIT) rose to €1.1 billion, while net debt was reduced to €7.2 billion. The business figures can be compared with the prior-year period only to a limited extent as the first half of 2015 was essentially characterized by extraordinary items: the acquisition of the U.S. automotive supplier TRW and the sale of the 50 percent share in ZF Lenksysteme.

ZF’s sales amounted to €17.8 billion in the first half of the year. This corresponds to an organic growth of five percent when comparing the current figures with the combined pro forma sales of ZF and ZF TRW for the period from January 1 to June 30, 2015. In addition, growth was slightly hampered by exchange rate fluctuations. Adjusted by currency effects and other acquisitions and sales, it amounted to two percent.

Electromobility with growth perspectives
The sales of the E-Mobility Division, newly founded in January, were reported for the first time and amounted to €407 million. ZF combined all of its electromobility activities for the automotive industry in this division. According to recent estimates, the market for hybrid or all-electric vehicles is forecast to grow by a factor of seven to ten by 2025. “We will benefit from this growth and shape the market. Our unique systems competence regarding the integration of chassis, driveline and electronics is the perfect prerequisite,” says Dr. Stefan Sommer, Chief Executive Officer of ZF.

Wind power strong
The overall significant rise in sales in the Industrial Technology Division is, on the one hand, attributable to the acquisition of the large industrial drives and gearboxes business of Bosch Rexroth and, on the other hand, to high growth rates in the wind power business. In contrast, business in the construction machinery industry declined. Around seven percent of ZF’s sales came from the Industrial Technology Division.

Annual forecast for 2016
In spite of fluctuating exchange rates, ZF expects the business development for the overall year 2016 to be stable and forecasts sales of around €35 billion, an adjusted EBIT margin of approximately six percent and an adjusted EBITDA margin of more than ten percent.
TagsZFZF-TWRZF Friedrichshafen