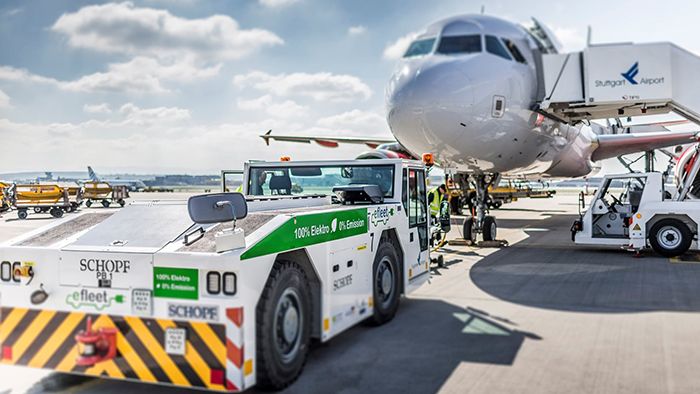 Share
Airport Stuttgart (Germany ) is gradually changing all conventional vehicles by electric vehicles, for soon to be the most environmentally friendly airport. After extensive testing in a pilot project managers have concluded that this change for clean vehicles is entirely feasible.

Stuttgart airport is already considered the benchmark in Europe as an environmentally friendly, efficient and conscious airport with the environment. And they have a name for this type of airport, called "Fairport". Other airports are following the very positive example of Stuttgart.

It is the result of a research project to study the specific needs of vehicles of various departments of an airport, a project supported by the Ministry of Economics and Technology with several development programs.