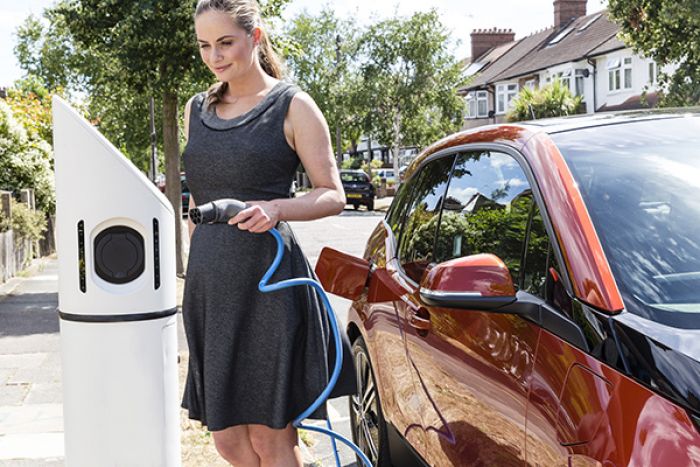 Share
The announcement of £10 million government investment (in the United Kingdom) in electric vehicle charging comes as the year-to-date plug-in car registrations total passes the sector’s full-year 2015 total. So far this year, motorists have bought 28,697 electric cars, placing 2016 ahead of last year’s January-December total of 28,188 cars with three months still to go.

Part of a £35m investment in the ultra low emission vehicle sector, the £7.5 million funding for workplace chargepoints, coupled with the £2.5 million for residential on-street infrastructure is set to accelerate electric car uptake by enhancing motorists’ confidence and expanding charging options. Throughout this year, record numbers of owners bought-in to the low running costs and Plug-In Car Grant discounts to push the January-September total 36.7% ahead of last year. The new registration plate boosted last month’s performace to be the greatest September on record with 6,113 electric cars sold, a 56.2% year-on-year increase.

Poppy Welch, Head of Go Ultra Low, said: “The £10 million government investment in workplace and residential chargepoints is sure to boost motorists’ confidence in electric cars and vans while accelerating uptake rates. While more than 90% of electric car charging takes place at home, this announcement gives drivers extra options and addresses a perceived lack of accessible chargepoints.

“Looking at year-on-year growth, September was the 53rd consecutive month of registrations rises in the electric car market. There are more plug-in cars on our streets than ever before. As more drivers realise the cost-saving benefits of these vehicles and the variety of models continues to expand, we expect uptake to continue its strong upward trend.”

Transport Minister, John Hayes said: “The number of ultra low emission vehicles on our roads are at record levels and we are committing £35 million to help install new chargepoints and offer new grants as we aim for nearly all cars and vans on our roads to be zero emission by 2050.”

A large rise in uptake of pure electric cars was also documented in these quarterly results, with the 2,128 new battery-only vehicles sold in September (+37.4%) contributing to the 8,107 vehicles sold this year. Meanwhile, plug-in hybrids rose 68.5% in September with 3,985 vehicles new on the road, pushing the annual total to 20,590 registrations (+46.6%).

Of the 30-plus plug-in electric vehicles on the market, the Mitsubishi Outlander PHEV is the year’s most popular plug-in hybrid with 7,770 registrations. The Sunderland-made Nissan LEAF is 2016’s best-performing pure-electric car with 3,728 registered over the January-September period.

Go Ultra Low exists to help motorists understand the benefits, cost savings and capabilities of the raft of electric vehicles on the market. The collaborative campaign is the first of its kind, bringing together a consortium of vehicle manufacturers, Government and the Society of Motor Manufacturers and Traders (SMMT).

The Go Ultra Low campaign aims to increase purchase consideration of electric vehicles by helping motorists understand the benefits, cost savings and capabilities of the wide range of plug-in vehicles on the market. The campaign aims to educate the public and fleet audiences about these vehicles by addressing outdated myths and highlighting benefits, including how they offer competitive practicality for both private and business users.
TagsGo Ultra Low