Audi is realigning its motorsport strategy. The premium brand will terminate its FIA WEC commitment, […] 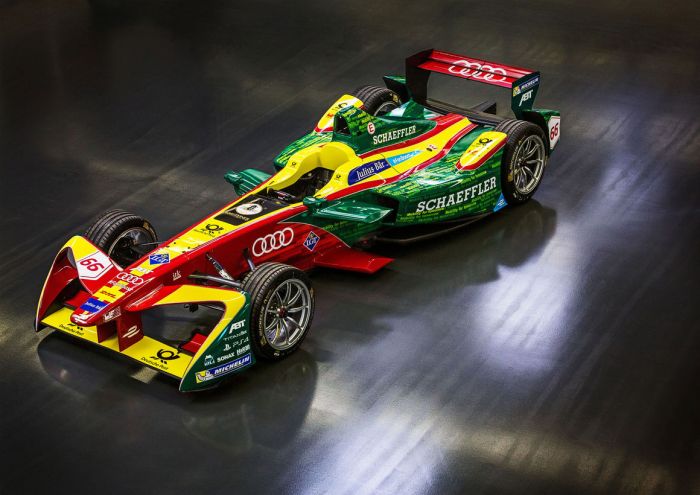 Share
Audi is realigning its motorsport strategy. The premium brand will terminate its FIA WEC commitment, including the 24 Hours of Le Mans, at the end of the 2016 season. Instead Audi is taking up a factory-backed commitment in the all-electric Formula E racing series.

“We’re going to contest the race for the future on electric power,” says Rupert Stadler, Chairman of the Board of Management. “As our production cars are becoming increasingly electric, our motorsport cars, as Audi’s technological spearheads, have to even more so.” The first all-electric racing series perfectly matches the strategy of offering fully battery-electric models year by year starting in 2018, Audi currently being in the greatest transformation stage in the company’s history. The commitment in FIA Formula E will already commence in 2017. It is regarded as the racing series with the greatest potential for the future. That is why Audi has intensified the existing partnership with Team ABT Schaeffler Audi Sport in the current 2016/2017 season. On the road toward a full factory commitment, the manufacturer is now actively joining the technical development.

The departure from the FIA World Endurance Championship (WEC) marks the end of a successful era. For 18 years, the brand was active in Le Mans prototype racing. During this period, it scored 13 victories in the 24 Hours of Le Mans and set numerous technical milestones. At Le Mans, Audi clinched the first victory of a TFSI engine (2001), the first success of a race car with a TDI engine (2006), plus the first triumph of a sports car with a hybrid powertrain (2012). In the brand’s 185 races contested to date, Audi’s Le Mans prototypes have achieved 106 victories, 80 pole positions and 94 fastest race laps. On two occasions, Audi won the FIA World Endurance Championship (WEC) with the Audi R18 e-tron quattro race car. In addition, from 2000 to 2008, Audi, nine times in succession, secured the title in the American Le Mans Series (ALMS), the world’s most important racing series for Le Mans prototypes at the time.
TagsAudi