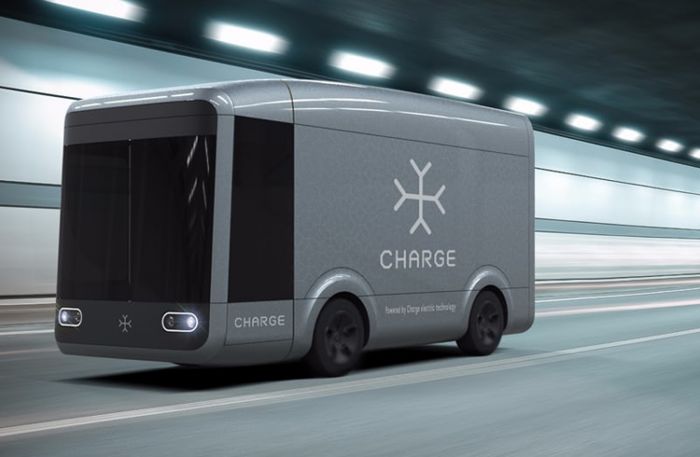 Share
Businessman and entrepreneur Denis Sverdlov revealed the latest model in a range of electric vehicles being developed for sale in 2017 by his automotive technology company ‘Charge’.

“We find trucks today totally unacceptable. At Charge we are making trucks the way they should be – affordable, elegant, quiet, clean and safe.  We are removing all the barriers to entry for electric vehicles by pricing them in line with conventional trucks, giving every fleet manager, tradesman or company, no matter how big or small, the opportunity to change the way they transport goods and make our towns and cities better places to live in,” Denis Sverdlov told us.

The vehicles are built using revolutionary ultra-lightweight composite materials that significantly reduce the weight of the vehicle and by combining this technology with Charge’s custom built hardware, including power electronics and motors, they have been able to reduce the cost of operating by more than 50%. In an industry which is driven by price and weight this will help to transform the highly complex logistics sector.

All vehicles receive over the air updates like a smart phone and are autonomous ready, built for future driverless regulations and ready at the push of a button. The Charge trucks also produce zero emissions for the first 100miles they travel, for longer journeys a dual mode can be used to ‘top up’ the battery and extend the range to 500miles.

The design simplicity is reflected in the ease of assembly; it will take One person just Four hours to build an entire Charge truck. Meaning just 10 men, over 2 shifts a day can assemble 10,000 trucks a year.  As Charge scales operations globally this will allow them to serve the huge demand. The first of many new factories will open in 2017 near their current HQ in Oxfordshire where the first Charge trucks were designed and built.

The Oxfordshire-based company is also working closely with Roborace – the world’s first driverless electric racing series developing key components like the power electronics and motors for the Robocar which is already setting new benchmarks in driverless, electric development history.

Earlier this year Charge became the official electric truck partner of Formula E using its prototype truck for the driver parade and logistics on and off the tracks which are built on city streets. A partnership that helps to further improve final design and production.
TagsCharge