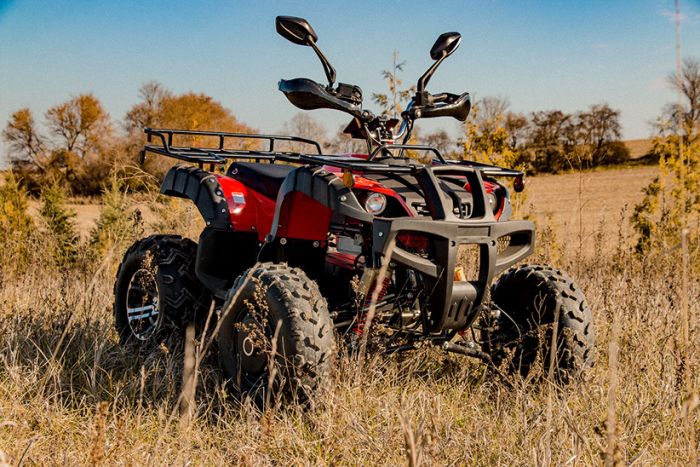 Share
The Canadian manufacturer Daymak presents its fully electric all-wheel drive four-wheeler ATV to reduce the impact on nature. This model called Ultra Beast use three electric engines, one on each front wheel and another four the rear axle. it can be driven in two-wheel drive using either front or rear wheels.

The two engines on the front wheels have 500 watts each, while the single rear electric motor uses 1,000 watts. The front and rear axle has two separate battery packs, so they work independently.

The two battery packs give a range of up to 120 kilometers depending on the version, Standard, Deluxe or Ultimate. If a pack runs out of power, the vehicle can travel with only the other battery pack, either with the front or rear traction.

The standard model, with lead-acid batteries and good for a top speed of 35 km/h, will cost about US$ 4,500, while the Ultimate version, with lithium-ion battery and 50 km/h top speed, will cost about 7,570 US$ dollars.
TagsDaymak