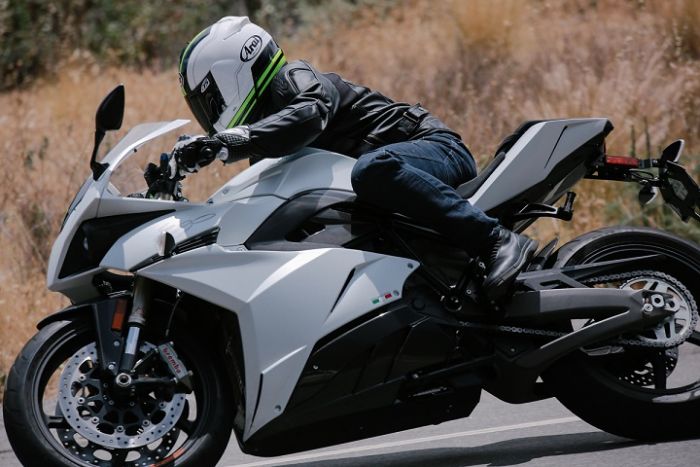 Share http://www.energicamotor.com/
Energica, the Italian manufacturer of high-performing electric motorcycles, announced new achievements for the development of its sales network.

The first one is an important step towards the American EV market: the US division of the company, Energica Motor Company Inc., finally got the sales license for the State of California, the main market for electric vehicles.

As previously reported in the half year Financial Report dated June 30th, the US government procedures were slowing down the business operations. Thanks to this license, Energica can finally record sales of its vehicles in California.


Customers can now get their own bikes with license plate at Energica’s Redwood facility and be supported by Energica US operations: the subsidiary Energica Motor Company INC, the display hall in San Francisco, called "Galleria Energica”, and the Sales&Service site in Redwood.

Galleria Energica and the Service & Sales Center are intended to promote and sell Energica products directly in the Bay Area. These facilities will also be the main support for developing a dealer network starting from Los Angeles and San Diego areas and partnering with established US dealers and sellers.

The manufacturer completed the procedures to opening commercial agreements with Israel and obtained permission to record its vehicles by government authorities.

Energica adds a new international country to its sales network indeed: the electric motorcycles will be imported in Israel territory by AUTO ELECTRIC.


This new country is an important market for the development of the brand as Israel is well-known as a pioneer in the battery industry and charging systems, but also for the presence of several high-tech companies.