The Swiss Postal Service Schweizer Post has already changed the last of its 7,500 […] 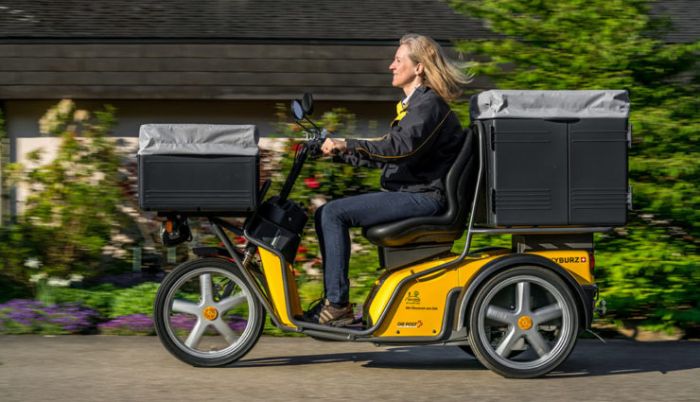 Share
The Swiss Postal Service Schweizer Post has already changed the last of its 7,500 conventional bikes for mail delivery in an all-electric model. With this, the Swiss postal service maintains the largest fleet of electric vehicles currently in Europe ... with satisfaction from the company, the customers and the Swiss inhabitants, since the new models do not make noise, smell and work to full satisfaction.

Finally the last unit of the Piaggio Liberty of gasoline, that circulated for the Swiss mail distributing the letters, has been discharged. The entire fleet of 7,500 conventional bikes has been modernized by two- and three-wheel electric vehicles; all recharged by electricity of certified ecological origin.

According to the same Schweizer Post, electric vehicles use six times less energy, and the company saves 733 kg of CO2 per vehicle, and therefore reduces some 4,600 tonnes of CO2 emissions.

The main model is the Kyburz DXP three-wheel, specially designed for its postal vehicle service. With the trailer it can load three times more than the previous vehicle.

But this is not all: to demonstrate its interest in contaminating as little as possible, the Schweizer Post has started the project "second life of batteries of electric mail vehicles", using old batteries as a stationary accumulator in buildings with solar energy.

Historically Swiss mail has always opted to include electric vehicles in its fleets. As early as 1920 they made an important order to the Swiss company Tribelhorn for acquiring several dozen units of its electric tricycle, which, after exhaustive previous tests, proved to be the ideal vehicle for the distribution of the cards and packages.
TagsSchweizer Post