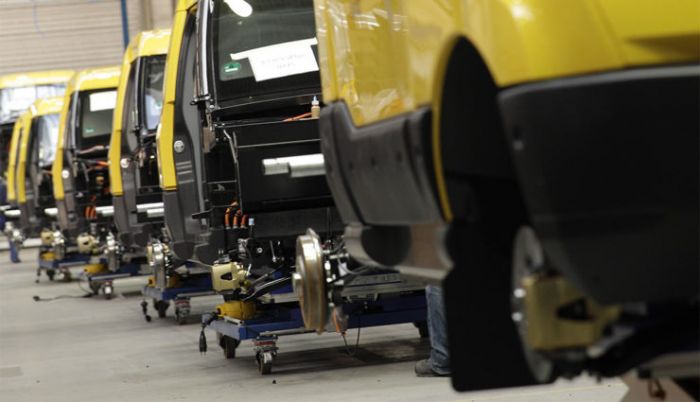 Mass production of batteries in Germany

Share
The Germans have been worried for a long time because they do not produce large quantities of batteries in their country to be able to supply them to the growing number of electric vehicles. Until today they buy batteries from Asian manufacturers, which creates a dependency that they no longer want to accept. To mitigate this fact, these days have created a union between several large and medium-sized companies in the country to jointly prepare a national mass production of batteries for electric vehicles.

The companies that come together for this great challenge are the international consortiums Thyssen-Krupp and M + W Group, both experts in high-tech products and production plants in different countries, the company Manz (have no links with us), another high-tech expert with great knowledge in the field of accumulating electric energy, the company Litarion, specialist in lithium-ion cells for both mobile and stationary accumulators, BMZ, expert in solutions of accumulators of all types and the company Streetscooter, maker of an electric van and now in the hands of the Deutsche Post DLH Group, the German mail.

These companies will create this year a joint work cell to mount a mass production of state-of-the-art batteries for electric vehicles, which are so booming in all countries and whose sales are growing month by month in a spectacular way. With this, German companies expect to have all the technology for modern electric vehicles available also in their own country.

To date, the growing number of German electric vehicles has been using batteries from major Asian suppliers such as LG Chem, Panasonic and Samsung, since up to now none of the national companies have been able to create a large production plant for these so important components. The network of companies is looking for even more national companies that can point to this new challenge.
TagsBMZLitarionManzM+WStreetscooterThyssen-Krupp