History repeats itself: in the early 1950s the Iso Isetta was created in Italy, a bubble-car, round, […] 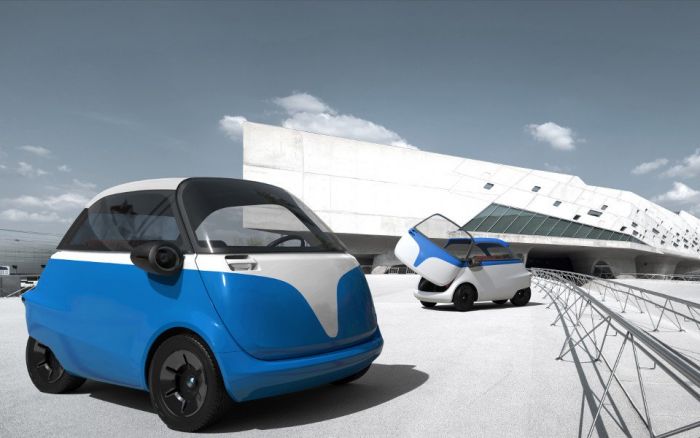 The Microlino will be built by Tazzari in Italy

Share http://www.micro-mobility.com
History repeats itself: in the early 1950s the Iso Isetta was created in Italy, a bubble-car, round, tall and with a front door, which had its best success as a German car of the recognized BMW brand. It was the rebirth of the Bavarian brand in the very complicated postwar context. Now the Isetta concept is back, in the Microlino, invented and developed in Switzerland, to be manufactured in Italy through the manufacturer Tazzari, already expert in electro-mobility.

When the Microlino was presented at the Geneva Motor Show last year, it immediately aroused an immense interest. Its Swiss creator Wim Ouboter received many orders, without having even studied the viability of a production.

Today, with more than 2,600 pre-orders, a solution has been found: the Microlino will be manufactured in Italy at the Tazzari plant, a well-known manufacturer of electric vehicles of similar size.

The Microlino is a modern version of the famous bubble car, very attractive as a city car. It promises a speed of about 100 km/h and a range of 100 kilometers. According to Wim Ouboter, his dream is the car to be totally Swiss, for which it is necessary to change the current system of batteries by accumulators manufactured in the country of the Alps. It will not be impossible, as the Swatch consortium led by Nick Hayek along with the company Belenos is preparing the most modern battery. It is very likely that the definitive version, which will be launched later this year, will be totally Swiss ... like the chocolate.