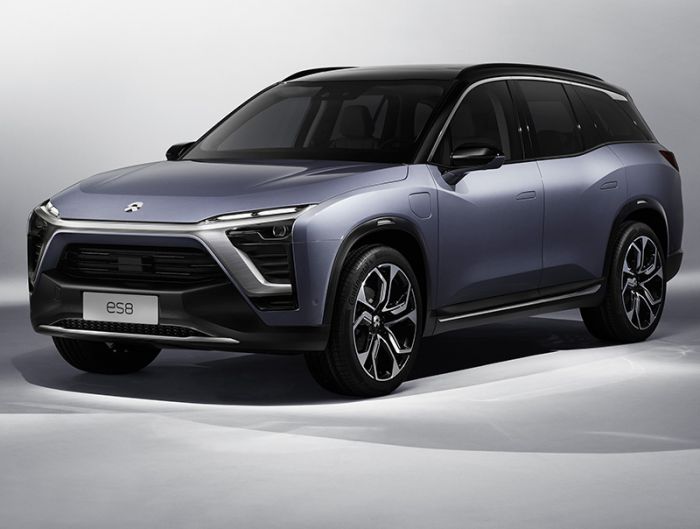 Share
NIO showcased 11 vehicles for its Chinese debut at the 2017 Shanghai International Automobile Industry Exhibition. The company unveiled the ES8, its new vehicle for the China market that is planned for serial production later this year, and announced it will begin taking pre-orders of its flagship supercar, the NIO EP9.

NIO’s new production vehicle is a full size 7-seater electric SUV with a 2-3-2 seating arrangement with an all-aluminium body and chassis, front and rear motors with electric all-wheel drive, and active air suspension. The ES8 features the “design identity” of every NIO vehicle: the X-bar and signature “Spark Beat” tail lights. The vehicle’s swappable battery will provide a charging experience that surpasses refuelling at gas stations.

NIO also announced it will begin pre-selling the fastest electric car in the world, its flagship supercar, the NIO EP9. The first batch of six EP9s produced were for investors. NIO plans to produce a second batch of ten EP9s, and each one will be made to order. The NIO EP9 is priced at 1.48 million USD.

NIO is a global start-up, designing and developing smart, high-performance, premium electric vehicles. NIO has thousands of world-class R&D and design experts from around the world with significant technology and management background from leading automobile and high tech companies. NIO has more than 2,000 employees in San Jose, Shanghai, Munich, London and eight other locations.
TagsNIO