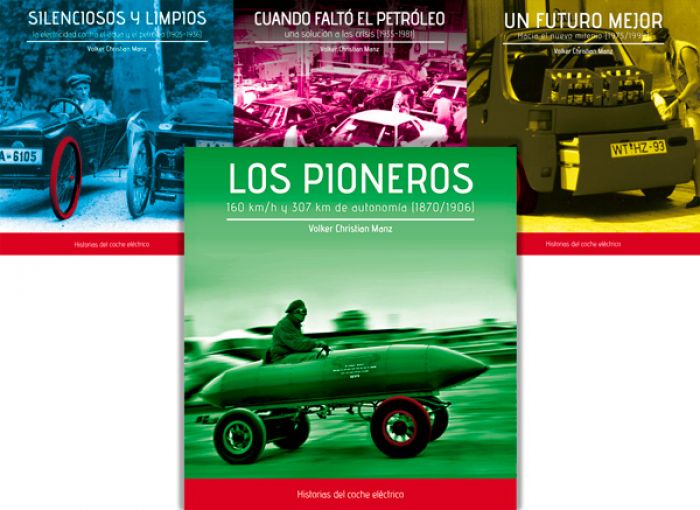 Soon the following titles will appear:

This series of books that will appear in the next months, carried out together with the Editorial Doce Calles of Aranjuez (Madrid), aims to be the culmination of the works developed by V. Christian Manz on the subject of electromobility, - all people today are speaking about it. They are books accompanied by more than 300 images in each one, readable and enjoyable, created for the general public to know the truth of history.

The first book, of 120 pages and more than 300 images and photos, speaks about the pioneers in the subject of electricity, the first electric vehicles, the speed and resistance runs with electric cars, electric taxis spread throughout the world, the most unique inventions and developments, and the companies dedicated to this theme, both European and American. Only until 1906!

In the second book, the situation is resumed since 1905 to talk about the great boom of the electric car in those years, with tens of thousands of electric cars sold, until the thirties, with less intensity in this sector, but with interesting concepts and Ideas.

The third book will be devoted mainly to the great advances and geniuses born from the crises, both oil and economic (in fact, very linked); because electromobility was always present when economic powers attempted to manipulate mankind by creating unjustified monopolies and dependencies.