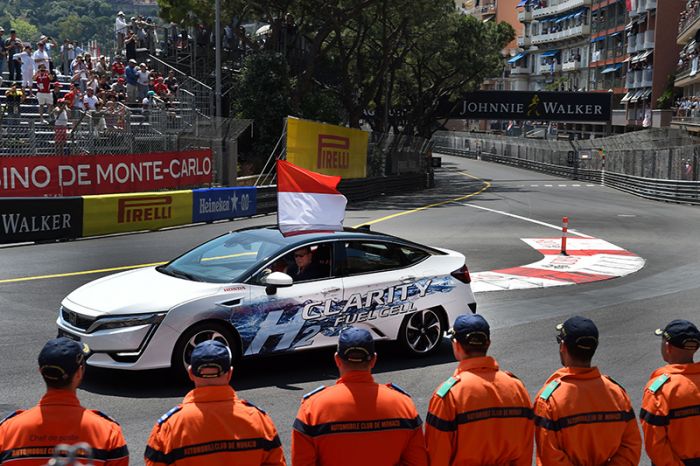 Share
His Serene Highness Prince Albert II of Monaco has driven the all-new Honda Clarity Fuel Cell on the lap of honour for the FORMULA 1 GRAND PRIX DE MONACO. The lap represents the opening of the race itself, immediately preceding the presentation of the Formula 1 drivers.

Prince Albert II, accompanied by Princess Charlene and a representative from the Federation Internationale de l'Automobile, piloted the Clarity Fuel Cell around the 3.337km circuit.

The hydrogen-powered Clarity Fuel Cell is particularly appropriate choice of vehicle given His Serene Highness’s focus on the environment and sustainability. One of the key aims of the Prince Albert II of Monaco Foundation is to limit the effects of climate change and promote renewable energies.

The all-new Honda Clarity Fuel Cell is the world’s most advanced fuel cell vehicle. Its state-of-the-art 103kW fuel cell stack is small enough to be housed under the bonnet rather than in the underfloor area, which creates more space for the cabin. The result is a fuel cell sedan capable of seating five occupants in comfort – a world first. The Clarity Fuel Cell also provides the longest maximum driving range rating of any zero-emission vehicle offering approximately 650km* (403 miles) range under NEDC conditions.