The brand new Mahindra Racing Formula E car, which will not hit the tracks until the start of season […] 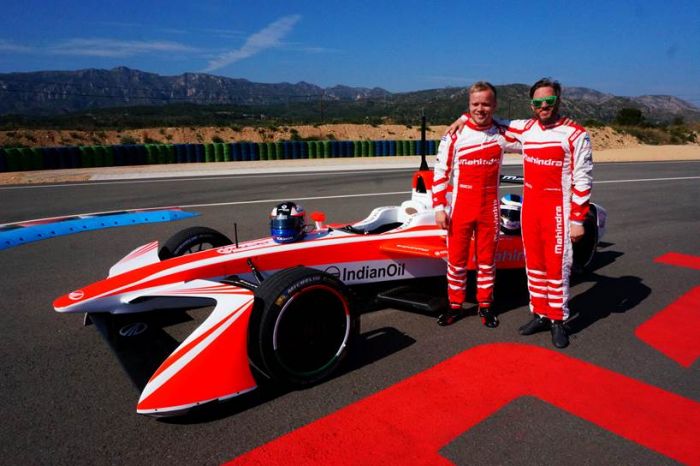 Share
The brand new Mahindra Racing Formula E car, which will not hit the tracks until the start of season four in December, will make its public, dynamic debut at this year’s Goodwood Festival of Speed (June 29-July 2).

The car, also known as the M4Electro, will assault Goodwood’s famous 1.16-mile hillclimb in the prestigious timed batch of cars that will challenge for the fastest hill run of the event.

Behind the wheel will be Goodwood master and Mahindra driver, Nick Heidfeld, whose 1999 time of 41.60s – set in a McLaren MP4/13 Formula 1 car – remains the fastest ever run up the FoS hill.

The fastest time for an electric vehicle (EV) on Goodwood’s hill is 47.34sm set in 2013 by a Lola-Drayson prototype sportscar. The quickest EV road car of any kind to be timed is the petrol electric hybrid Porsche 918, which set a time of 66.09s.

Formula E’s season four race cars will have 10kw of additional power, taking overall power output to 180kw, meaning that next season’s races will be faster or longer, showcasing how the technology used in Formula E is advancing the development of EV technology overall.

Heidfeld and the M4Electro will take to the hill in Batch 4 on each of the four days of the Festival of Speed.
TagsMahindraFormula E