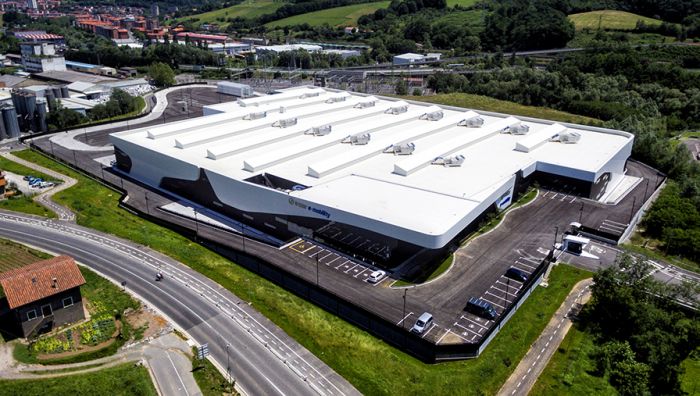 The contract signed with Barcelona Metropolitan Transport (Transportes Metropolitanos de Barcelona - TMB), ​​includes four 18.73-metre long ie bus (Irizar electric bus) 100% electric articulated buses. With this purchase, the Barcelona-based company is tackling the first phase of transforming the H16 line to a 100% electric, zero emissions route. These buses, Irizar's first 18-metre articulated buses in Spain, will enter into service in June 2018 and will join the two 12-metre buses which have been operating in the city since 18 August 2014 and which are part of the European Commission's ZeEus project.

Prior to this, Irizar and Donostibús will spend 6 months testing an articulated bus on the city's 28 line, Hospitals. Irizar will install an opportunity charging station (made for the group by Jema) to charge this bus throughout the day.

The Municipal Transport Company (Empresa Municipal de Transportes - EMT) and Madrid City Council have purchased 15 buses which will be the first 100% electric buses to join the municipal company's fleet. In addition to the 12-metre long ie bus units, 15 chargers will be supplied for night charging in depots. The onboard energy in the buses is 376 KwH and the power of the station is 100Kw. These buses are scheduled to be delivered in December of this year and will operate on several lines in the city of Madrid.

Valencia has purchased its first unit while Bilbao has purchased two more 12-metre long buses, all of which must be delivered before the end of this year. These buses are being manufactured at the new premises of Irizar e-mobility (an Irizar Group company) located in the town of Aduna, Gipuzkoa. This marks the beginning of serial production and the creation of the first 100 jobs in this company.