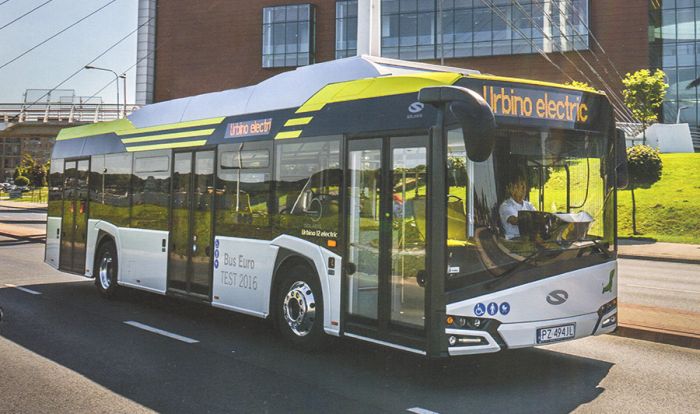 Share http://http://www.carrilbus.com/noticias
The Spanish company "Construcciones y Auxiliar de Ferrocarriles (CAF)" announced the purchase of the Polish bus manufacturer, Solaris. CAF is committed to broadening its business offer by opting for electric buses, the transport of the future. A purchase adding to the strategy they had developed with the creation of Vectia, with which the company already makes modular technology electric buses in Spain.

The firm guided by Andrés Arizkorreta announced the purchase - for an amount slightly over 300 million euros - of the Polish bus manufacturer Solaris, one of the main manufacturers of electric buses in the European Union in what is known as sustainable urban mobility. Solaris is a family business founded in 1996 by the Olszewski couple, and is also the third largest manufacturer of clean vehicles (electric, hybrid or fuel cell powered) in the EU and enjoys a pre-eminent position in the heart of the continent and in Eastern Europe.

Its units circulate in more than 700 cities in 32 countries and the forecasts are for this new subsidiary to contribute this year to CAF a turnover close to 450 million euros, which will take the group's sales to 2,000 units.

Comment: this purchase astonishes a lot, and makes it clear that Spanish companies give great importance to the development of the new business that are electric buses, seeing a great future in it. I want to emphasize that introducing the electric bus in our cities is an idea with a great past, since the change from the 19th to the 20th century electric buses worked in many cities, but it is an extremely attractive and good idea, which is worth taking up again. And with the new technologies come extremely interesting offers.
TagsCAFSolaris