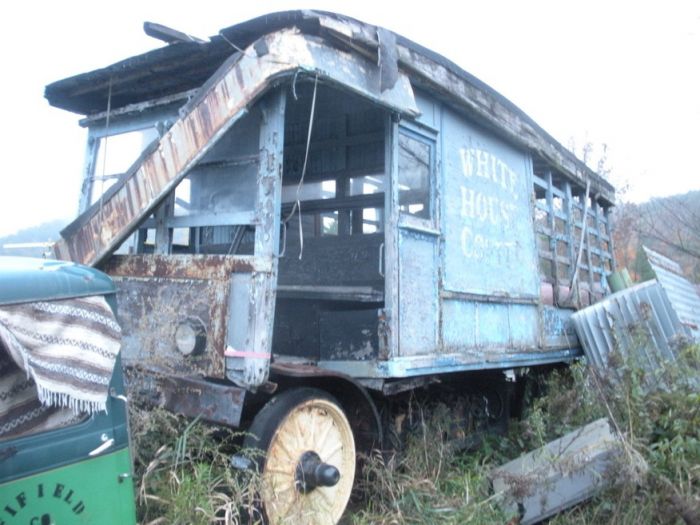 Share
The American Harold Todd Watts has just rescued two electric trucks that were already on the way to get lost permanently, a Walker and a Couple-Gear, two oddities of quite a tonnage and both of the first decade of the new twentieth century, approximately 1905 / 06.

As Todd tells us, he will first restore the Walker, which is quite complete, especially regarding its technology. What is in poor condition is its wooden body, but this does not present many problems when it comes to restore. More complicated is usually to find authentic pieces when something is missing.

This Walker truck that we see in the photos - we still do not have photos of the Couple-Gear - lived a long time in a museum, but when money was needed it was one of the first for sale. The buyer lost his storage and the truck sat outside for years. Thank God, it is now rescued. The Walker still keeps the old original batteries, which will no longer work, but Todd will keep them so that you can see how they were in those years.

For the Couple-Gear, according to Todd a 5ton truck of 1904/05, he hopes to find a drum resistance controller, a piece not easy to find. In the worst case Todd will going to copy the controller of the Walker. The Couple Gear looks like a wagon with the operator sitting in the front and the steering wheel shaft is straight down.