Little by little, more information is becoming known about the new electric supersports car that our […] 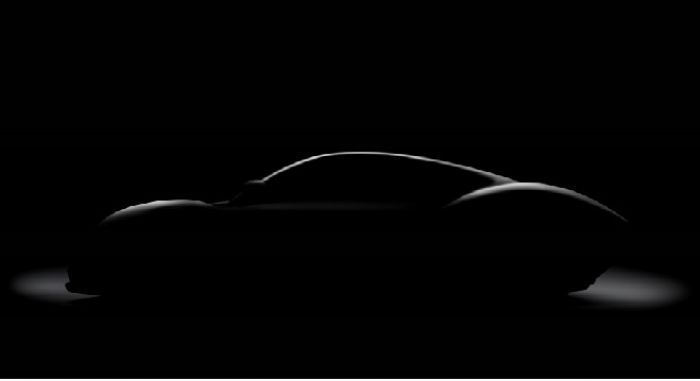 The new Hispano-Suiza electric car will be called Carmen

Share
Little by little, more information is becoming known about the new electric supersports car that our great national brand will manufacture in its revival. Hispano-Suiza will present its electric car at the International Motor Show in Geneva in March 2019. According to the latest news, only 19 units of this super sport will be manufactured starting in 2020, which will be sold at about 1.5 million Euros (1,7 million dollars). The car, as promised by its promoters, captained by the great-grandson of the founder of the brand Damian Mateu, will slightly remember in its design a futuristic star of the time, the Hispano-Suiza H6C Xenia Dubonnet.

To launch this new supersport car, which will have a power of more than 1,000 hp, the responsable created Hispano-Suiza Cars, 70% in the hands of Grup Peralada, and 30% are other undisclosed partners, mainly in the technology sector.

The current Hispano-Suiza Fábrica de Automóviles S.A., presided by Miguel Suqué Mateu, the great-grandson of the founder Damian Mateu, today belongs to Grup Peralada, owner of casinos and party halls in Catalonia. The brand has perpetuated despite many attempts by individuals around the world to buy this name and relaunch the brand, as it has international fame thanks to its significant production of automobiles in France.

Already in 2000, Hispano Suiza reached an agreement with Mazel engineering to manufacture a prototype, the luxury two-seater HS21, which saw the light in Geneva that same year. In 2001 and 2002, the models K8 and HS21-GTS were presented, both evolutions of the first one. but the project did not have continuity.

Now they are going to try a new supercar, which, as is so fashionable today, will be powered by electric motors.

Hispano-Suiza was founded in Barcelona in 1904, uniting the efforts of its first predecessor, the company of Emilio de la Cuadra and the successor Juan Castro, both scarce of capital to continue manufacturing cars.

According to Miguel Suqué Mateu, the current president, "we have come to make a dream come true that we had many years ago, to see again a Hispano Suiza circulating on the roads around the world. Already in 1900, in the origins of Hispano Suiza, the first electric car in the world was built, a prototype that was not manufactured in an industrial way. After 119 years, in March 2019, Hispano Suiza will have our first 100% electric, high-performance car manufactured in Barcelona, also fulfilling my great-grandfather's dream.

At this point you have to allow me a comment. I have already found the original catalogue of cars offered by Emilio de la Cuadra, between vehicles with combustion engine, probably Benz models, and two-seater electric vehicles, van, truck and bus, plus different hybrid versions, which places this company among the pioneers in hybridization - that is, in offering vehicles with two engine systems. I have also found in the press at the time - and already told on this my website - that the first electric/hybrid bus presented in Barcelona in 1900 failed in its first presentation - as confirmed by all available historical documents of the company - but, and this is not recorded today in the annals of history, the vehicle was presented three months later and... was a great success. It received much praise from different characters (reflected both in the Catalan newspaper "La Dinastia" and in an article published in "Industria e Invenciones" in December 1900).

Excerpt from the magazine: "This system is not to be doubted the best: the batteries go in two boxes placed in the bottom of the car and the mechanism of it could not be simpler or safer. The tests verified yesterday afternoon could not give more satisfactory results. The car went round and round twice, turning in one of them to pass through the ramblas, without the slightest incident despite the crowds of cars, buses and trams. Long will be the chapter of praises to which the technical personnel and the president of the house of E. de La Cuadra have become deserving, for their essentially Spanish work, since in her no other materials have entered than the national ones. So receive our most enthusiastic and sincere congratulations from Mr. de La Cuadra, the engineer Mr. Vellino, the project manager Mr. Marc Birkigt, the mechanical workshops Mr. Dufaux and the carpentry and decorated workshops Mr. Agut.

Well, at least the doubt remains; and I personally believe, that there were several De la Cuadra models, and that they worked satisfactorily. And, in addition, de la Cuadra would have to enter the books as the pioneer of the hybrid vehicle. But we all know how Spain deals with the subject of its great feats... forgetting them!