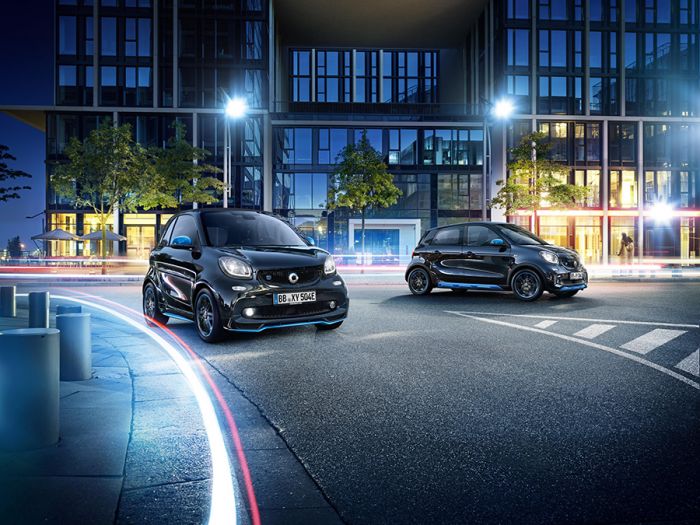 The smart will be electric

Share
The small smart is already the market leader in the electric market and the company also announced that the smart models will be full and only electric from 2020, ceasing to manufacture versions with thermal motors. We recall that it is exactly 23 years ago that the smart model was planned as a city vehicle of the future with electric versions.

The press release says: The smart brand, which launched its first electric model in 2009, is in full shape to meet the new challenges of mobility. In 2017, smart became the first manufacturer to offer all models in both thermal and 100 percent electric versions. In April 2018 smart announced that it will stop marketing its gasoline versions in 2020 to offer only its electric models.

We review history, which is essential for understanding the present and preparing for the future:

Twenty-three years ago, in June 1995, Micro Compact Car finally presented its "Swatch Mobil" project, first transmitting the definitive commercial name, "smart" - swatch car concept by Mercedes-Benz. The idea was to start production of the small tandem car in mid-1997. The then president of the company, Nicolas G. Hayek, who devised this concept car, said with great enthusiasm, that the "smart" is a part of Europe, a Franco-German-Swiss collaboration. The four versions of traction that will be offered were also discussed: the eco-turbo: a small three-cylinder engine with turbo, the eco-turbodiesel, a small three-cylinder diesel engine, an electric version with four engines (one in each wheel), and AEG-AAB Zebra batteries offering a range from 120 to 180 kilometers, and a hybrid version, with the four electric motors combined with the small diesel engine.

Nicolas Hayek also made it clear that his concept is the city car par excellence, and for this reason he has to pollute as little as possible and there have to be fully electric versions for the cities of the future. Said in 1995. And in 2009 the desired purely electric version finally came out. Big visionary, Mr Hayek, right? 23 years ago now!