smart will present a prototype at the 89th Geneva International Motor Show, as small and dynamic as […] 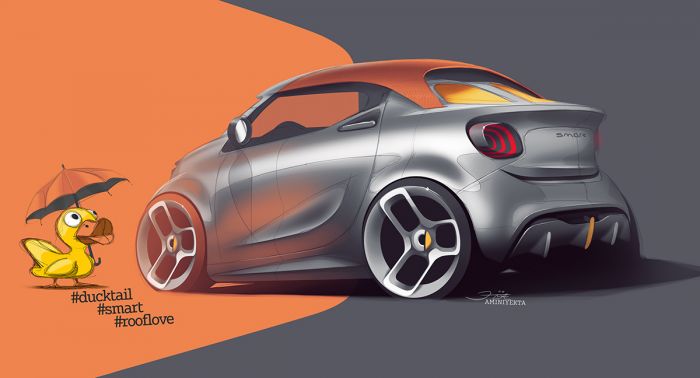 The smart will be electric... again

Share
smart will present a prototype at the 89th Geneva International Motor Show, as small and dynamic as its predecessor, the smart forease. The smart forease+ offers a "plus" in the city for any weather. And all smart will be electric in the next few years, discontinuing versions with combustion engines. Watch out, this was the initial idea when the Swatch-Mobil was created, which was later called smart...


The smart brand not only presents a prototype of innovative design, but also shows the latest developments in "ready to" services as pioneers in integrated mobility services. More than eight services, such as private carsharing or delivery of packages directly to the vehicle, facilitate urban life. The use of these services is a child's play thanks to the new user guidance system.

And back to history. In 1995 it was published that after the joint-venture between Mercedes-Benz and SMH/Swatch, with a new company titled MC Micro Compact Car, it was intended to start with the production of these ecological models from mid-1997 in a new plant to be built in the French city of Hambach. Both partners agreed to create four different propulsions for the smart: The eco-turbo with a small three-cylinder turbo engine, located under the floor and with a consumption of about 4 liters; the eco-turbodiesel with a small three-cylinder turbo diesel engine; the 4-wheel-electric-drive, with four electric motors, one in each wheel hub, and Zebra batteries, with a range of up to 180 kilometers, and the 4-wheel-hybrid-drive, with the same configuration of electric motors in the wheels combined with a small diesel engine.

At that time everything was ready to change from polluting to non-polluting mobility, with laws in America that would have facilitated the massive introduction of alternative propulsion vehicles. But the veto of the then American president George Bush postponed all these plans; as a good Texan logically he fully supported the oil industry, which had given so much money to its great family... and which finally did so much damage in the whole world.
Probably now it`s the time for the electromobility.

Photo: the smart in its 1994 version, after the merger between Swatch and Mercedes-Benz creating the company Micro Compact Car.
TagsSmart