The German electric van StreetScooter, one of the best sold at present and in the hands of Deutsche […] 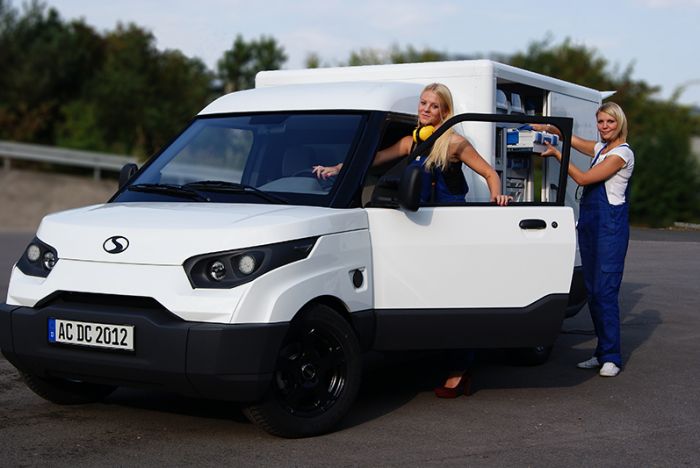 Share http://www.historiasdelcoche.com
The German electric van StreetScooter, one of the best sold at present and in the hands of Deutsche Post (the German Post) with manufacture in Aachen is also selling this vehicle to Japan.

The company, which in fact does not want to be a vehicle manufacturer, signed a succulent contract with the Japanese company Yamato, a private distributor of packages, which is looking for an electric vehicle for delivery. The assignment would be to jointly develop something similar to the StreetScooter for Japan. On 28 March, it was confirmed that StreetScooter will deliver 500 units of its basic version, without bodywork (i.e. chassis-cab), to the Japanese still in 2019.

Yamato would be responsible for preparing the isothermal box for the model, as well as ensuring that there are enough recharging points for these vehicles in Tokyo and the surrounding area, while the German company will develop the vehicle and take care of its production. It would be the first time that a Japanese logistics company would be interested in changing its entire fleet to electric vehicles. At the moment there is talk of about 500 units of the Japanese StreetScooter, but the company has a fleet of 40,000 vehicles - a succulent business in the future.

It's not the first time a German company has supplied electric vehicles to Japan. As early as the 1920s, Rudolf Slaby, son of Telefunken's founder, developed a small electric vehicle, which was finally produced in a small factory in Berlin. A very simple but necessary model in those conflictive years in Germany and other countries, in search of an efficient transport. Exhibited at the Leipzig Fair in 1920, the first large orders came in. In 1921 some Japanese arrived, and after testing the vehicle in Germany, they were enthusiastic and placed a firm order for 200 units. They ordered 500 more in 1922, and months later wanted to sign a contract for the supply of 1,000 units annually.

But in 1923 Japan suffered a terrible earthquake that destroyed much of the units already supplied ... and the business finished. The business failed also for the economic crisis in Germany, with strong currency exchange problems, which made such a business impossible.

Recent documents found in Japan concerning the history of the electric vehicle in that country reveal that there was an attempt to create something very similar. In 1923 a vehicle of similar characteristics was born offered as a two-seater, one in front of the other, and as a delivery van.