The classic Ford Bronco, manufactured between 1966 and 1977, an all-terrain vehicle […] 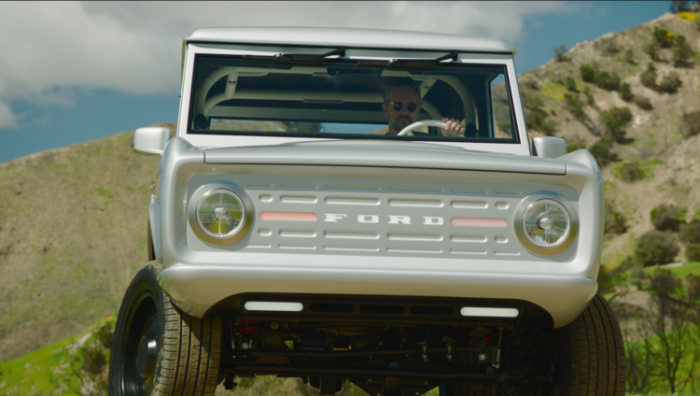 The Ford Bronco 1º generation, back as electric vehicle

Share https://www.zerolabs.com
The classic Ford Bronco, manufactured between 1966 and 1977, an all-terrain vehicle loved by the Americans, returns as an electric car from the hands of the Californian company Zero Labs. According to the company, which wants to manufacture no more than 150 units, the electric Bronco surpasses the original version by far.

The new model is powered by a 440 hp (330 kW) engine, 500% more than the original petrol engine. And a powerful 70 kWh battery that allows a range of about 300 kilometers. Thanks to its 375 Nm and 11,000 revolutions it also has a lot of capacity across, so nobody misses the original version.

Made of carbon fibre from the production of light aircraft, the Bronco retains the old style, but takes technology to the next level. The two-speed transfer case comes from Atlas, the front and rear differentials from Currie, using Brembo brakes and the Fox coil over suspension - in other words, everything is technology bought on the market.

The electric motor has permanent magnets, and although its real power is around 360 hp, it can be partially overloaded for a short time up to peak output of 440 hp.

There are still unknown facts about this new-old Bronco from a start-up company, anxious to know how the public will accept its proposal. He is not yet talking about prices, which will not be low, but the company is already talking about upgrade possibilities, i.e. installing more powerful batteries, among other options.

What we don't know about the announced re-production of the first Bronco by an American company from Illinois, which at the end of last year had asked Ford for permission to resuscitate this model, which it wanted to equip with a 5-liter V8 engine.