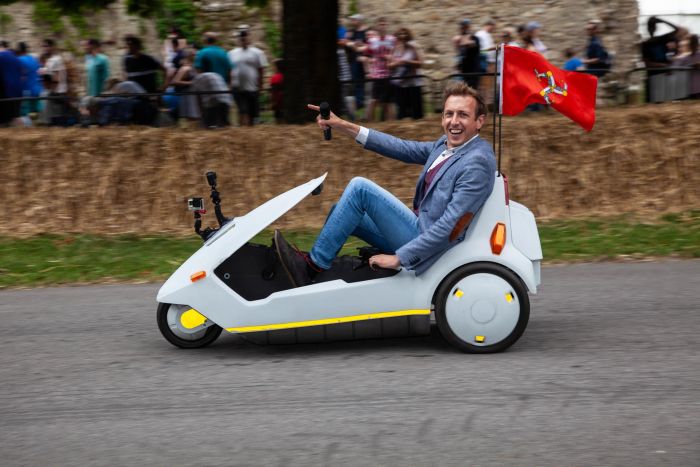 Share
Electric vehicle fans will have their own rally and meetingin the grounds of the National Motor Museum at Beaulieu, one of the most exciting vehicles museum of the world. This meeting will celebrate at Sunday May 24th the past, the present and the future of electric motoring.

Here a look to the press information:

Bringing together electric and plug-in hybrids, electric motorcycles and e-bikes for a display in the grounds of the National Motor Museum, the new rally will celebrate the past, present and future of electric motoring. Enthusiasts will be at the heart of the event as owners are invited to park up, admire each other’s machines and talk technology.

From the latest high-performance Tesla, through cutting-edge family cars, the Jaguar I-PACE and Audi e-tron, to the popular Nissan Leaf and Toyota Prius, all electric vehicles and their owners are welcome. If it runs on battery power, then silently motor your way across the New Forest to join in. We even hope to see a few examples of the Sinclair C5 design classic.

Clubs already booked to take part are Tesla Owners UK, which is gearing up to spread the word about its pioneering autos, while UK South West Electric Vehicle Group will showcase a selection of its members’ vehicles. Also look out for Engenie at the show, as the company talks to show-goers about rapid charging systems.

Throughout the day, event-goers can vote for their favourite electric vehicle of the show in the People’s Choice Award, with the winner receiving a Beaulieu trophy.

Enthusiasts will be in plug-in powered heaven when they head inside the National Motor Museum and can see electric vehicles spanning the history of motoring, from the 1901 Columbia Electric used by Queen Alexandra in the grounds of Sandringham House to the space-age design of the Volkswagen XL1 hybrid. Other electric highlights include the ultra-efficient sun-powered 1993 Solar Flair, as well as the 1939 electric Harrods delivery van and  classic 1947 Brush Pony milk float. Bike lovers will enjoy seeing the 2016 Riese and Müller Nevo Nuvinci electric bike.

Event tickets include entry to the whole of the Beaulieu attraction, including the National Motor Museum, World of Top Gear, On Screen Cars, Secret Army exhibition, the Montagu ancestral home of Palace House, Beaulieu Abbey and its grounds and gardens. Also open from March 15th is the adventurous new play area Little Beaulieu, for family fun all together.