411 days after the record-breaking drive up Tianmen Mountain in China, the fully-electric race car […] 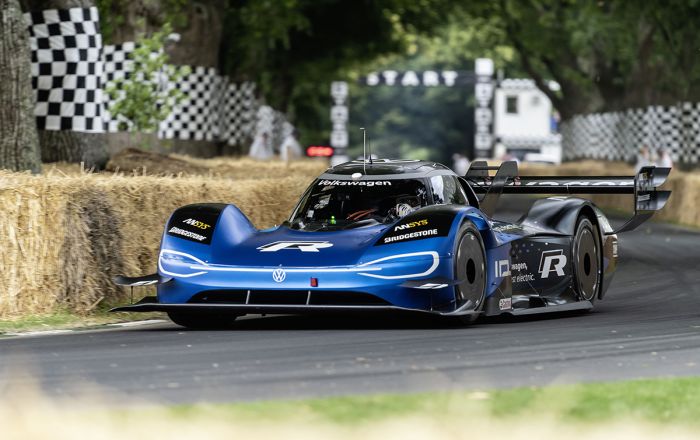 Share
411 days after the record-breaking drive up Tianmen Mountain in China, the fully-electric race car returns to action at Goodwood SpeedWeek (16.­­­–18.10.2020).

The organisers have launched a new event: Goodwood SpeedWeek, at which historic race cars meet present vehicles and visions of the future. As the three-day automotive festival will take place behind closed doors, there will be extensive digital reporting, including multiple livestreams. Having taken victory at the Festival of Speed for the past two years with the 500-kW (680-PS) ID.R, Volkswagen Motorsport travels to the south of England with a new challenge: SpeedWeek is not taking place on Goodwood Hill, but at the 3.809-kilometre Goodwood Motor Circuit.

For the ID.R, the outing at SpeedWeek is a bridge between the past and the present day. The current lap record for the Goodwood Motor Circuit dates back to 1965 – set by Formula 1 drivers Jim Clark and Jackie Stewart, who both set times of 1:20.4 minutes in an unofficial Formula 1 race. Should the ID.R, which already holds the all-time record on Goodwood Hill, set a new record during SpeedWeek, it would be the fastest car on both Goodwood tracks (Hill, Motor Circuit). In total, the ID.R currently holds four records on three continents: as well as all-time records on Goodwood Hill, Pikes Peak in Colorado (USA) and Tianmen Mountain in Zhangjiajie (China), it also holds the lap record for electric cars on the Nürburgring-Nordschleife (Germany).
TagsGoodwood