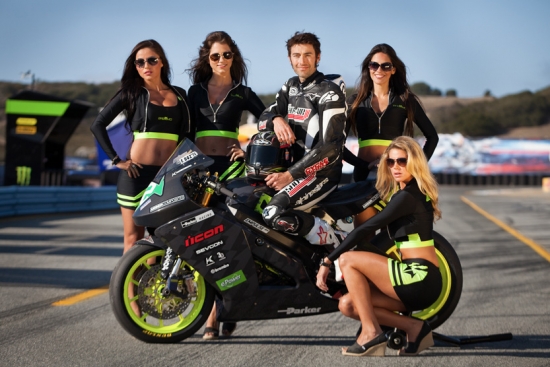 Brammo in the GP ePower

Team Manager Brian Wismann was happy overall with the performance of both the bikes and the riders, saying: “Team Icon Brammo is very pleased to come away from the FIM ePower/TTX race at Laguna Seca with its first double podium. [S]teve and Eric are pumped up and feeling confident following their stellar performances on Sunday.”