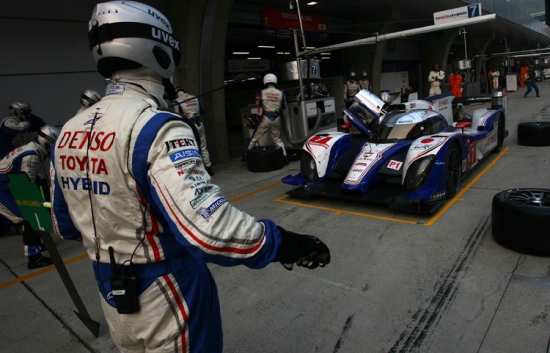 
TOYOTA Racing claimed its second consecutive win with a lights-to-flag victory in the Six Hours of Shanghai, the final round of the FIA World Endurance Championship.

Having won the last round at Fuji Speedway, the #7 TS030 HYBRID of Alex Wurz and Nicolas Lapierre started from pole position and won by 58.570secs.

Maximum points from the weekend elevated Alex and Nicolas to third place in the drivers’ world championship, despite only contesting six of the eight rounds.

A remarkable debut season has delivered three victories in six races as well as three pole positions and four fastest laps to highlight the impressive performance of the TS030 HYBRID and its innovative TOYOTA HYBRID System - Racing.