The new Leaf will be produced in Europe, U.S.A. and Japan […] 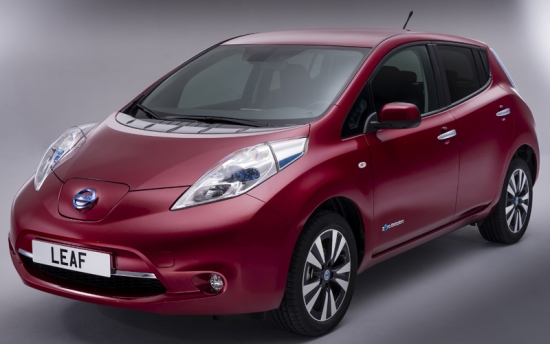 Nissan readies LEAF for the future

Share
The new Leaf will be produced in Europe, U.S.A. and Japan

With more than 50,000 examples on the globe's roads and two years of real-world zero-emissions experience behind it, the next chapter in the Nissan LEAF story is about to begin.

It might look broadly similar to the first pure electric vehicle to win the European Car of the Year award, but under the skin New LEAF has been comprehensively improved and enhanced.

Until now, the world's best selling pure electric vehicle has been built solely in Japan. But as production gets underway in Europe and North America, more than 100 changes have been made to the multi-award winning car.

Subtle styling changes to the nose of the car have improved its already impressive aerodynamic efficiency.

Many of the changes have come as a direct result of feedback from pioneering LEAF owners. With some of most active Internet forums of any car-owning group, LEAF drivers have become enthusiastic advocates of zero-emission mobility and of the car itself - LEAF enjoys the highest customer satisfaction rating of any Nissan model with a score of 93 per cent.

In addition to this human feedback, Nissan has been able to get feedback from aggregated data from the unique Carwings telematics system, which is at the heart of LEAF.

This powerful feature gives customers the ability to control the heating and charging of their car remotely and also logs information on charging, usage patterns and distance driven. With LEAF having been on sale for more than two years, engineers at Nissan have been able to use some of the data collected to optimise the car in line with actual customer usage.

Changes range from a new powertrain assembly that greatly enhances the car's practicality to simple modifications, such as the addition of an LED inspection light within the charging port making overnight charging that much easier.

"LEAF owners are passionate about their cars and their comments and experiences have genuinely influenced many of the changes we have made to New LEAF," said Paul Willcox, senior vice president, Sales and Marketing, Nissan Europe.

Other aspects of LEAF ownership have also changed dramatically since the car first appeared on Europe's roads, with a greatly expanded charging infrastructure and a significant rise in the number of Nissan dealers selling and servicing the car in the last 12 months alone.

At the time of the 2012 Geneva Motor Show, for example, there were 150 Nissan LEAF dealers across Europe and 195 Quick Chargers, capable of charging a battery to 80 per cent capacity in less than 30 minutes. Today, just 12 months later, there are 1,400 dealers and more than 600 Quick Chargers, while the number of conventional public chargers has increased from 12,000 to more than 20,000.

The dramatic expansion in Quick Chargers has been facilitated in part by Nissan, which has provided a number of the units to local authorities to accelerate the development of Quick Charging ‘Highways' between cities across Europe.

To date, Nissan is behind the installations of 200 Quick Chargers, both at dealers and strategic locations, and plans to triple this figure over the next 12 months.

Customer peace of mind has also been increased with a new comprehensive warranty plan for the batteries. As well as covering the batteries against defects in materials and workmanship for five years/100,000 kms, they will be covered by a ‘State Of Health' clause which covers gradual capacity loss.

Over time, lithium-ion batteries lose a percentage of their capacity, a natural phenomenon. But should battery life reduce quicker than anticipated over the same warranty period it will either be repaired or replaced.

One significant change to the 2013 Nissan LEAF is the move to producing the car in three different locations: North America, Europe and Japan.

In Europe, production will start shortly in Sunderland in the UK, where LEAF will be sharing the line with Qashqai and joining Note and Juke at one of Europe's most productive car factories. At the same time, the high-tech lithium-ion batteries are already being produced at a new facility nearby on the Sunderland site.

"By sourcing Nissan LEAF and its batteries in Europe, we are underlining our faith not just in the ability of the Sunderland facility to build our most technically advanced car, but also in the fact that electric vehicles can be considered a genuine alternative to conventionally powered vehicles," said Willcox.

"In its two years on sale, the global success of Nissan LEAF has shown that electric vehicles offer viable everyday transport for people with a typical daily commute.

"And with an ever-expanding network of Quick Chargers linking cities across Europe and improvements we have made to battery life and LEAF's drivetrain, the traditional ‘range anxiety' issue put forward by some of the nay-sayers as a reason not to go electric will soon be a non-starter," he added.

As well producing no CO2 at the point of use, the lack of tailpipe emissions extends to zero NOx and particulate emissions. All are detrimental to health and many municipalities are working hard to reduce them to avoid EU fines.

New LEAF, which goes on sale in Europe beginning mid-year, marks an important milestone in Nissan's global zero-emission leadership. It will soon be joined by pure electric versions of the award-winning NV200, to be called e-NV200, in both light commercial van and seven-seat combi versions. Development is also underway on a dedicated EV taxi based on the e-NV200. An Infiniti EV is expected in 2015.