This first acquisition shows consolidation of the sector […] 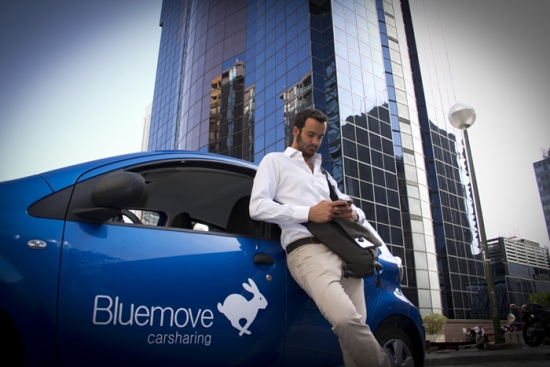 Share http://www.bluemove.es
This first acquisition shows consolidation of the sector

Bluemove, the leading carsharing company from Madrid, has acquired Cochele carsharing from Seville. After this operation, Bluemove becomes the first group of carsharing in Spain with presence in two major cities.

Cochele is the first carsharing service in Seville and the leading company in the sector in Andalusia. It was also the first company in the country that opted for a 100% electric fleet. The project, which began in 2010, is supported by the city of Seville and other cities in the metropolitan area of the province.

This acquisition secures the commitment of Bluemove to define a new concept of electric mobility in Spain. For its CEO, Jorge Gonzalez-Iglesias, "Cochele acquisition represents a total bet to electric cars."

Bluemove intends to transfer its experience to Cochele carsharing. So one of his first initiatives will change the mix of cars. The new fleet will include gasoline and electric cars.

For Gabriel Herrero-Beaumont, president of Bluemove, "the carsharing mixed of electric and gasoline cars has enormous potential for cities. If the client needs to go to the beach or the Sierra Nevada he reserve a petrol car and if he needs to go on errands outside Seville or Madrid, reserve an electric car. All with the same card, "said the manager.

Buying Cochele by Bluemove is the first acquisition among Spanish carsharing companies, which shows the consolidation of the sector and the potential of this new understanding of mobility. It is also a strategic move.

Bluemove is the first carsharing company in Madrid. The company was founded in October 2010 in order to bring to Spain this new concept of mobility and sustainability.

Each additional vehicle for carsharing produce a reduction of 10 private vehicles in the city. In other cities where carsharing operates, 25% of the users of carsharing has sold his car or not replaced your old car. In most cases the car ownership is meaningless because of their high costs of parking, purchase, fuel, repairs, etc.. considering that most of the cars are stopped 95% of their time.