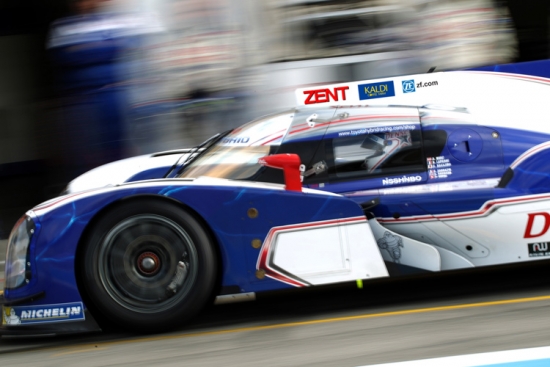 The two companies will also work together to investigate other potential performance-enhancing technology, utilising ZF’s proven track record in endurance racing. Teams, which have been equipped with ZF technology, have achieved 13 overall victories in the last 14 years alone at the legendary 24 hours of Le Mans.

Yoshiaki Kinoshita, Toyota Racing Team President, said: “We are very proud to welcome ZF to Toyota Racing as a technical partner. ZF’s reputation as a technology supplier in the motorsport world and beyond is second to none so we are delighted to be working together. Endurance racing is very tough on people and equipment so we want to build long-term relationships with other high-technology companies in order to maximise our chances. I know we can rely on ZF to be a trusted partner in our fight to stand on the top step of the podium at Le Mans and to win the FIA World Endurance Championship.”

Dr. Stefan Sommer, CEO of ZF Friedrichshafen AG adds: "Based on our great experience in endurance racing the new partnership with Toyota is the next logical step for us. We already have a very successful business relation with Toyota in supplying products and technology for Toyota series cars. With the partnership in WEC we are able to point out our prominent competencies as a development partner and technology leader in motorsports.The FIA World Endurance Championship with its worldwide rounds and fascinating races is an ideal platform for this. We are looking forward to many future victories together. "

The ZF logo will feature on the TS030 Hybrid, above the door, whilst all six Toyota Racing drivers will feature ZF branding on their racing overalls.