To demostrate the advantage of hybrid technology […] 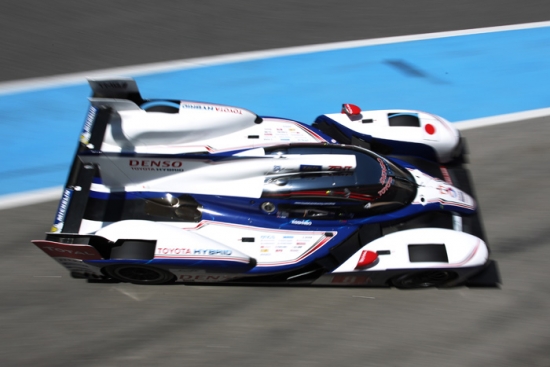 Toyota Racing’s 2013-specification TS030 Hybrid will make its race debut at this weekend’s (3 – 4 May) Six Hours of Spa-Francorchamps, the second round of this year’s FIA World Endurance Championship.

The team will field one updated car in Belgium, the No7 machine of Alex Wurz, Nicolas Lapierre and Kazuki Nakajima. Following their podium finish at the series-opener in Silverstone, Anthony Davidson, Stéphane Sarrazin and Sébastien Biemi will return in the 2012-spec’ No8 car.

The priorities in the changes to the TS030 Hybrid’s chassis and powertrain have been to secure increased performance, reliability and serviceability.

A revised aerodynamic package has been introduced, including an updated monocoque, improving performance while mitigating the impact of new 2013 regulations which have increased the minimum weight for cars in the Toyota’s LMP1 class by 15kg.

The Toyota Hybrid System – Racing powertrain continues to use a unique super capacitor which automatically delivers 300hp of boost, on top of the 530hp generated by the 3.4-litre normally aspirated V8 petrol engine.

Toyota’s Motor Sport Division in Higashafuji, Japan, has fine-tuned the powertrain for improved power, efficiency, management of the components used and reliability, ahead of working on a completely new development in line with regulation changes for 2014.

The Spa programme begins on Friday with practice sessions from 8am to 10am and 5.50pm to 6.20pm. Saturday warm-up will be from 8am to 8.20am with the race getting under way at 1.30pm (all times quoted are British Summer Time; local time in Spa is one hour ahead of BST).