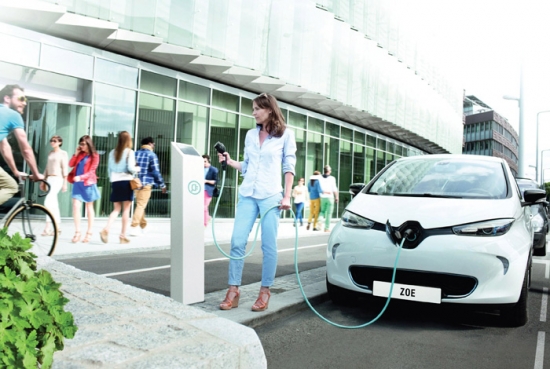 Share http://directorio.prestigeelectriccar.com/empresa-85-Renault
Only electric and ultra-low-emission cars enter the city of London

Renault will boast the largest range of electric vehicles exempt from paying London´s revised Congestion Charge, which changes today. In fact, by running one of its four 100% electric vehicles, users could be better off to the tune of £2,500 per year, given the new system (based on £10 per weekday charge). A new Ultra Low Emission Discount (ULED) will replace the existing Greener Vehicle Discount and Electric Vehicle Discount as it comes into effect from today, 1st July 2013.

The move ensures that only the greenest zero and ultra-low emission vehicles driving into the capital will not have to pay the £10 per day charge, meaning that even formerly eligible vehicles such as some well-known hybrids, small capacity petrol and diesel-engined vehicles, will no longer qualify. It´s estimated that more than 20,000 drivers who were previously well within the guidelines, will now have to pay, unless they alter their means of transport.

Renault has four vehicles all packed with Va Va Voom qualifying for the exemption, starting with the jazzy urban two-seater Twizy and rising up through the innovative range to the 100% electric supermini ZOE, family saloon Fluence Z.E. and commercial favourite Kangoo Van Z.E. The latter will shortly be joined by potentially one of the most striking vans in the English capital, the new Twizy Cargo.

Matthew Pencharz, the Mayor of London´s advisor on the Environment, said: “These changes are in line with the Mayor´s aim to improve air quality in London by reducing emissions from private vehicles and promoting the further development of low emission vehicles.

“We want to encourage the continued development of these technologies, while also protecting the benefits to traffic flow in the centre of London that the charge provides.” To qualify for the discount, vehicles will have to emit 75g/km or less of CO2 and meet the Euro 5 emission standard for air quality.

This means all petrol and diesel cars, plus most hybrids, will no longer qualify for an exemption after a sunset period of three years, introduced to soften the blow of those customers already registered for the discount under the old scheme.

Renault has an option to suit everyone. Supermini ZOE is stylish, affordable and incredibly versatile. It´s the flagship model of the French brand´s four-strong 100 per cent electric vehicle line-up, priced the same as a diesel engined alternative, from under £14,000, designed from the ground up as a plug-in.

The Renault Fluence Z.E. is a first-class carbon footprint-reducing family saloon car, Twizy is the first-ever fully electric urban compact,  perfect for city life now as either a two-seater, or one-seater van with a 180-litre boot, while the multi award-winning Kangoo Van Z.E. is Renault´s answer to those business customers looking for lower overheads from their light commercial vehicle fleet while reinforcing their green credentials.