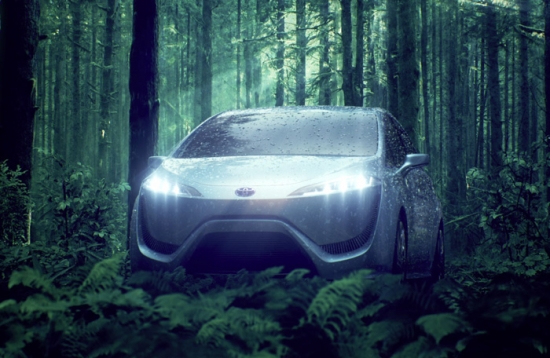 
Toyota will spearhead a new era in hybrid technology with its next generation Prius, promising further gains in fuel economy and reduced emissions. Emphasising Toyota´s continued commitment to auto industry leadership in hybrid, the next generation Prius will be the first in a broad range of Toyota and Lexus vehicles that will make use of a substantially improved family of hybrid powertrains.

These new powertrains will deliver significant improvements in fuel economy from a more compact package that is lighter in weight and lower in cost. Their performance will reflect the significant advances Toyota is making in battery, electric motor and petrol engine development in its wider strategy to deliver electric vehicle power through hybrid, battery electric and fuel cell technologies. In each of its three generations, Prius has delivered an average reduction of 10 per cent in its CO2 emissions. Toyota´s challenge is to continue to improve at this rate.

The next Prius will feature improved batteries with higher energy density, which means greater energy storage capacity within a smaller unit. Toyota, already a leader in advanced battery technology, has stepped up its research, development and production capacity for both nickel metal-hydride and lithium-ion, and will use each technology where appropriate in it expanding focus on vehicle electrification. It has also ramped up development of new battery technologies such as solid state and lithium-air, and devoted resources to chemistries beyond lithium, such as magnesium and other low-valence materials.

The next Prius will use smaller electric motors, but with a higher power density. The motors in the current model have four times the power density of those used by the original Prius back in 1999, and the improvement will be higher still in the next generation car. The next Prius will be constructed according to the Toyota New Global Architecture, bringing a lower centre of gravity and greater structural rigidity, contributing to greatly improved driving dynamics. A focus on raising aerodynamic performance will deliver an all-new exterior styling, with a larger interior and refinements in design, layout and ease of use.

The next generation Prius Plug-in is being developed in parallel with the standard Prius model. Toyota has learned from current Prius Plug-in customers that they would like a greater all-electric driving range and a more convenient charging solution. In response, Toyota is working on a new wireless/inductive charging system that produces resonance between an on-floor coil and an on-board coil to transmit power to the battery – simply put, this provides charging without the fuss of connecting a cable. Verification work on this system will be carried out in Japan, the USA and Europe during 2014.

Toyota Fuel Cell Hybrid
Toyota believes the Fuel Cell Hybrid Vehicle offers the best solution to the challenges of energy sources and emissions, with hydrogen as an ideal, ultra-clean fuel. Toyota applied its successful Hybrid Synergy Drive technology – the power system used by Prius and its other full hybrid production models – in its FCHV development, replacing the petrol engine with a fuel cell and the conventional fuel tank with high-pressure hydrogen tanks. The FCHV uses the same electrical components as a full hybrid powertrain, as well as a 21kW battery to store energy recovered by its regenerative braking system.

The FCV-R concept is 4,745mm long – 35mm longer than an Avensis saloon – 1,510mm high and 1,790mm wide. Tested by Toyota (in line with official Japanese JC08 criteria) it has achieved a maximum driving range of about 420 miles, producing no CO2, NOx or particulate matter emissions. The only by-product of the hydrogen fuel cell when driving is water vapour.

Creating a car that´s a practical proposition for today´s motorists has required particular attention to the design of the fuel cell and the hydrogen fuel tank. Toyota has succeeded in downsizing the fuel cell stack by achieving the highest fuel cell power density yet – 3.0kW per litre. A marked increase in the fuel cell stack´s energy efficiency has allowed for the size of the vehicle´s fuel tank to be reduced, so that the latest design features two tanks rather than the four originally envisaged. This also allows different materials to be used, which has a positive impact on overall costs.

The twin fuel tanks and the fuel cell stack are located beneath the vehicle floor, which means there is no impact on the cabin and load space.

Toyota expects FCHVs to reach full mass-market commercialisation during the 2020s, by when it aims to be selling tens of thousands of vehicles annually. This market growth will be supported by the wider roll-out of fuel cell vehicle technology; the development of hydrogen refuelling infrastructure that will bring filling stations within easy reach of greater numbers of people; and cost reductions that go hand-in-hand with a maturing technology.

Toyota´s fuel cell stack technology has consistently enjoyed performance leadership, the company having launched its R&D programme in 1992. Since then it has secured significant improvements in every aspect of FCHV operation. The fuel cell to be used in Toyota´s production FCHV currently achieves the world´s highest power output density at 3kW per litre. Compared to the fuel stack Toyota deployed in its 2008 FCHV-adv model, the new unit has twice the power density while being half the weight and half the size.

Cost issues have also been tackled, with the current fuel cell system, including the stack and high-pressure hydrogen tank, one-tenth the cost of that used in the FCHV-adv. Toyota aims ultimately to reduce this by a further 50 per cent. Currently a vehicle price tag of less than £70,000 is thought attainable, but Toyota is working to reduce costs even further before bringing its first model to market.