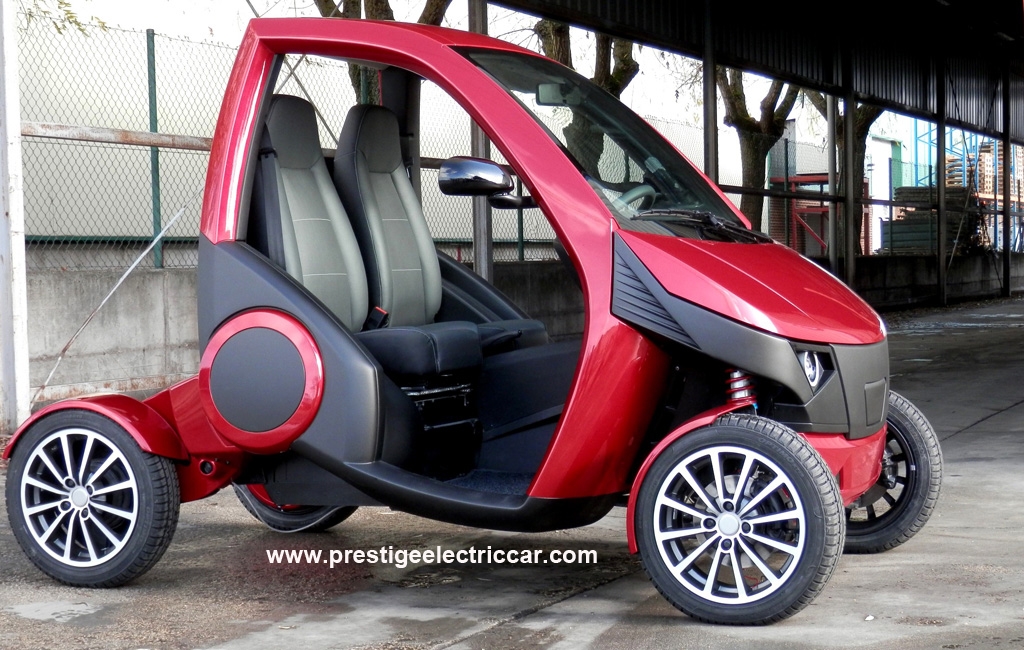 
The Spanish business group Casple from the city of Burgos, an expert in metal processing making different subassemblies for the automotive industry, and Francisco Podadera, one of the most renowned Spanish designers with a long resume, have jointly developed a city car for two people, with the peculiarity that folds when parking, to take up as little space as possible. With the presentation of this prototype, you see in these photos, begins a new phase of a project that began three years ago, when the two companies decided to investigate the opportunities offered by the emerging market for electric mobility.

As a result of this agreement, they developed a new vehicle using well-tested technologies and because to its variable wheelbase, gets to park in spaces less than two meters, an advantage especially valued by those drivers travelling daily by high density cities traffic, in which thirty percent of the traffic jams are caused by vehicle looking for a parking space.

In addition to safety as one of the basic design criteria –the car has a robust tubular structure, with areas specifically designed for shock absorption - has primacy over all the ease and convenience of use in urban environments.

With seating side by side, has a spacious interior despite its short length, 2.30 m, which is at 1.90 m when parking in tight spaces and where only a motorcycle could.

Although this first model has electric drive, the common platform supports other types of propulsion, like gasoline and hybrid, so it is really prepared to be produced in large quantities with different engines.

Also provided are both open and closed versions, the latter with vertically hinged doors which do not invade the sides of the vehicle and allow easy access to its interior.

For the following stages, industrialization and commercialization, is developing a plan of investments in which different strategies are contemplated, as is manufacturing in Spain for European distribution and even assembly plants in emerging countries, in partnership with local companies.

Although in our daily lives using folding usual instruments - umbrellas, bicycles, chairs, knives, etc - not until 1992 that is made known to the public the first foldable car, the Renault Zoom, a electric prototype developed by Matra and presented at the Paris Motor Show that year.

However it is in the United States, with large cars and weight, where the MIT Media Lab (MIT) started in 2002 a research project on the benefits that could make small cars in congested urban environments folding design come true ten years later with the car Hiriko folding and characteristics similar to those of the vehicle also collapsible ITEM-EO, developed by the Robotics Innovation Center Bremen, presenting both prototypes in 2012.

It is hoped that the serious problems being generated by urban traffic worldwide, allow the generalization of this type of vehicle and other companies and innovation centers are to follow the same path, given the undeniable advantages provided when to find parking and frees much of the urban land invaded by modern cars.
You can support me and my articles by donating the amount you want.
I will be very grateful.