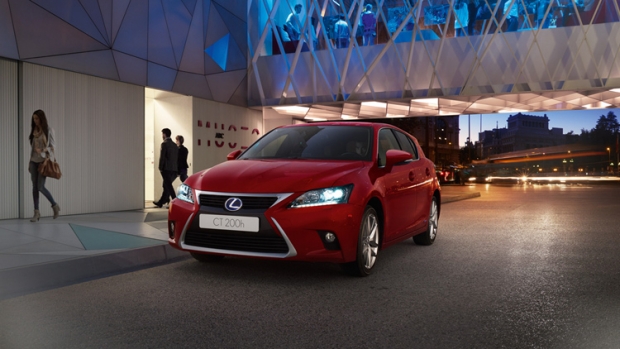 Of course the showroom price tag is only one aspect of the CT 200h’s exceptional cost of ownership profile. With CO2emissions across the range falling below the 100g/km threshold – and with a new class-leading low of 82g/km for the S version – the CT 200h no charge for annual Vehicle Excise Duty. For business users this also secures the lowest band for benefit-in-kind taxation, at 10 per cent for the first year.

The new model arrives accompanied by excellent finance offers to make purchase even more affordable. For example, the new CT 200h S is available from just £219 per month, and the high specification Advance model from £259 per month through Lexus Business Drive contract hire.

The smooth, quiet and supremely refined performance of the Lexus Hybrid Drive system that powers the CT 200h (which complies with forthcoming Euro 6 emissions standards) also keeps fuel bills low, with official combined cycle consumption figures of 78.5mpg for the S grade, and 68.9mpg for the other models in the range.

In the cabin there are telling, detailed changes, including a new slimline seven-inch monitor on the centre console, a new steering wheel adopted from the new IS and a new shift lever design.

The current range of six model grades – S, SE, Advance, Luxury, F Sport and Premier – is retained, with the addition of some new equipment features and options.

At the heart of the range the Advance model benefits from a comprehensive upgrade that introduces parking sensors, heated front seats and the new, fully integrated Lexus Navigation system as standard. This wealth of new features it provided with no increase in the model’s on-the-road price.

Elsewhere in the CT 200h line-up a GPS-controlled clock is provided on higher grade models and the Lexus Navigation package is offered as an alternative to the established Premium system (standard on the Advance, as detailed above). Additional features for the Premier grade include new aluminium scuff plates and LED front fog lamps.

Going beyond the visual changes, the CT 200h benefits from strategic changes under the skin to deliver better ride quality, stability and handling. Even the way the car is built has been changed with the introduction of laser welding and body adhesion techniques that have already proved their value in the engineering of the Lexus IS and LS models.