To understand the burgeoning electric vehicle EV industry, it is important to look at all forms of […] 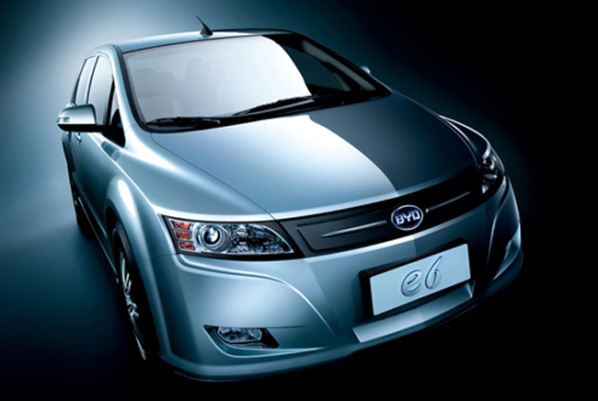 Compartir http://www.IDTechEx.com/evEUROPE.
To understand the burgeoning electric vehicle EV industry, it is important to look at all forms of electric vehicle, land, sea and air. China has ambitions across all of them but none of the EV leaders are currently in China.

It is bargaining access to its potentially large internal EV market in exchange for the intellectual property of aspiring foreign participants. It has open access to their EV markets abroad. The forthcoming event Electric Vehicles: Land, Sea & Air Europe 2011 in Stuttgart, Germany 28-29 June is unique in giving a full view of all the vehicles involved in the global EV market. It looks at this primarily from the global viewpoint involving many speakers from Europe, the USA and East Asia.

Today, China's automotive market is dominated by foreign brands selling conventional cars. Local producers such as Chery and Geely, owner of Sweden's Volvo Cars, are growing fast but are far behind. By contrast, India's Tata Motor Corp's purchase of Jaguar Land Rover has proved a clever move with its rapid swing into substantial profits despite heavy investment in many advanced electric vehicles, including the planned Jaguar CX75 supercar with tiny gas turbine range extenders running on almost any liquid fuel and the hybrid Range Rover to be available in 2013. Tara International in India claims to offer the world's lowest cost fully enclosed mainstream car.
Nonetheless, the Chinese government sees electric cars as a field where it can generate huge exports, becoming a creator of technology as its cheap labor inevitably becomes less competitive. Electric vehicles, notably buses, and electric trains are a key part of China's efforts to curb its huge dependency on imported oil and gas.

Unfortunately, the Chinese government has alarmed global producers that operate in China by ordering them to hand over know-how and by limiting their access to its market. Draft investment rules issued this year will prevent foreigners owning more than a minority stake in Chinese manufacturers of electric car components. Worse, the Chinese government already requires that, for a foreign manufacturer to produce an electric car in China, its local joint venture must own the technology for one of the three vital components - the battery, the motor and the power-management system. The Chinese government will soon release a ten year industry development plan for "new energy vehicles" probably imposing further curbs on production and imports. China's automotive manufacturing policies have already provoked disputes with trading partners. For example, the USA, Europe and Canada launched a World Trade Organisation case in 2006 challenging Beijing's effort to compel automakers to use Chinese-made components by imposing higher taxes on cars made with more than 40% foreign parts. The WTO ruled against Beijing in 2008 but by then automakers had developed local suppliers.

To the Chinese, electric cars in particular promise a fresh start in the automotive business, provided they can get the IP without investing the billions of dollars and they can export strongly.
"They see it as a big opportunity. They want to be dominant in some vehicle markets and the old technologies have already been taken," said Deborah Seligsohn, who is a researcher in Beijing for the Washington-based World Resources Institute.

Since all EV technologies are in a state of flux and massive investment, ceding valuable IP can be a great concern. The leaders in traction batteries, all of whom lie outside China, are currently investing of the order of two billion dollars each, over two decades, to try to come out on top in ten years' time. Siemens of Germany is a leader in traction electric motors for vehicles and they are increasingly AC, with electric circuitry skills now more important than skill in winding copper wire.
Developing powerful but safe batteries has been a key challenge for Chinese automakers. Some of what they produce is dangerous, not just unreliable and shortlived. For example, batteries in Chinese cars have exploded more than 10 times during development, the business magazine Caijing reports.
Some foreign automakers see China, with its huge output of trained engineers, as both an important center to develop electric technology and a huge potential market. Accordingly, they will even cede IP in licenses and joint ventures to gain access but others are more circumspect. The Chinese government promises subsidies of 60,000 yuan ($A8,592) per electric vehicle and cities are being given grants to buy electric buses and taxis.

China's electric cars are largely me-too or too expensive as yet. Most are not even crash tested to Western or Japanese standards. Geely's two-seat McCar, Dongfeng's Shuaike microvan, the four-seat M1 REEV from Chery and many pure electric cars made in China have an electric range of no more than 160 kilometers (100 miles), no better than affordable pure EVs in the West, Korea and Japan.

Dongfeng Motor Co's plug-in Shuaike is produced in a joint venture with Nissan, but success is very modest as yet and Nissan is probably not ceding its best technology. Indeed, it plans to import its all-electric Leaf rather than produce it in China. Ford will provide a few electric vehicles to study how the Chinese drivers use them. Nancy Gioia, Ford Director of Global Electrification reports that Ford is recruiting Chinese engineers to work on alternative cars. Ford's program of globally saleable new electric car models is rivalled only by EV leader Toyota of Japan which leverages skills in electric forklifts, buses and much more. There is, as yet, little evidence that either company will surrender really key IP in order to sell electric vehicles in China. Germany's Daimler AG makes low cost Smart cars currently being electrified, Orion hybrid electric buses as global leader and Mercedes Benz cars, military and commercial vehicles, many of which are starting to appear in hybrid or pure electric form. It is also creating a new electric car brand with Chinese automaker BYD, launching it in 2013. Daimler's CEO for Northeast Asia, Ulrich Walker, said it went that route because it wants to create a separate, lower-cost brand and not because of government pressure.

BYD and about 100 other Chinese automotive manufacturers continue to develop their own vehicles - far too many for a country where most people are poor and the roads, recharging points and parking areas are, and will remain, inadequate for widespread adoption of cars. The Chinese government is well aware that cars typically guzzle over 4 kWh of energy per 100 km per person travelled, even when fully loaded. Electric bikes and medium to large electric buses need no more than one quarter of that. The state priority in China is therefore buses and rail, including subways. Electric bikes and scooters are increasingly restricted, taxed and even banned across China, not because of energy efficiency but because of accidents and creating congestion.

Following poor sales and a redundancy program in China, BYD is testing a hybrid car in Los Angeles and a pure electric bus in Denmark. It will sell its K9 electric bus in the USA in 2012. BYD's pure electric sedan, promises a 300 kilometer range: it has been tested in taxi fleets in Shenzhen. However, batteries to achieve more than 160 km range are so expensive, even in China, that domestic sales of these longer range cars have been very poor due to their high price. Only Tesla of the USA, with an up market sports car with long range, has been commercially successful in pure EV on road cars selling primarily to the wealthy in the West.

A possible end game in China is that the government will only permit a small percentage of citizens to own a car. These will be supplied by Chinese companies in a viciously competitive market with modest returns, any returns attributable to foreign minority shareholders being paid out only if and when it suits the Chinese. China could well freeze or shrink its car market, for example when there is adequate air, rail and bus service, in its view. Indeed, to encourage use of its new subway, Beijing has recently put a quota on passenger vehicles, limiting new registrations to 20,000 a month. Buses will be hugely encouraged. Indeed, the new IDTechEx report, "Electric Buses and Taxis 2011-2021" forecasts that the Chinese electric bus market will dwarf any other, growing more than tenfold in the coming decade. Almost all of these buses will be made in China. Most of the foreigners surrendering billions of dollars of IP to gain minority shares in Chinese EV ventures may see little in return but the Chinese will flood their home markets. On the other hand, most of the other markets for EVs around the world will be more open and more predictable and most of the EV profit will be continue to be made from vehicles other than cars.