From the unique exhibition Top Marques Monaco, an event where the most distinctive cars in the world […] 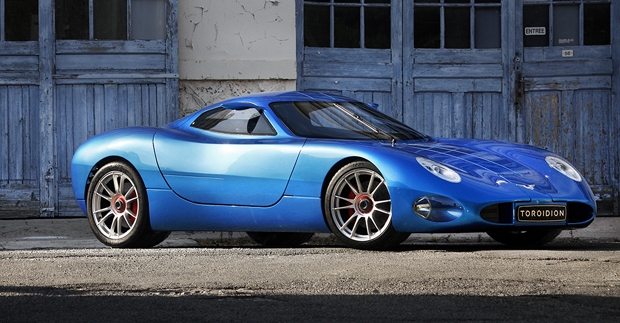 Share
From the unique exhibition Top Marques Monaco, an event where the most distinctive cars in the world are exposed, they present us the Toroidion, a new car from Finland, that momentarily wins the title of world's most powerful electric car with its total output of 1.340 HP.

Until now the most powerful electric car  was the Rimac from Croatia. This car is developped by Finnish Pasi Pennanen, an expert who has spent 20 years developing prototypes and concept cars. Since 2011 it deals with its fully electric Toroidion, with the purpose and the desire to create a competitive sport car to win the 24 Hours of LeMans, one of the hardest races of endurance.

Pennanen still does not relieve much of the technology of his car, just saying that, according to him, nothing is impossible, everything can be developped and achieved. He talks about a special high capacity battery, which can be easily replaced, both on career and at the home of the future owners, which would certainly be easier than to wait for recharging.

He also talks about some of its revolutionary system of electric motors and transmission, but anticipates that it will be approved without problems, there is nothing outside of legislation. From what we could reveal, the system consists of four engines, ie one at each wheel, with engines more powerful on the rear wheels than the front wheels. The engines can develop together nearly 1,341 horsepower, by means, allowing moments of this total power, which is not the constant power.

Hence its subname, 1MW, which means one megawatt, which is the same as 1000 watts, so some 1340-1360 CV. The 24 hours of LeMans endurance race usually carried out on a trip of 4,000 kilometers, necessitating a high power battery system, that can be easily replaced, much like the first racing on electric cars back to 1900, when constantly changing the large battery packs. Today it will be somewhat easier.

Toroidion has advanced slightly; that is, he does not want to reveal much of his car because there are still many tests to perform. It is also true that the car will be slight changes when made, mainly in the interior, which seems still a bit spartan, at typical style of the cars for the 24 hours of LeMans races.

Hopefully soon we will know more about this surprising sport car, from a country that hasn¡t a lot of prominent people in the automotive area, except some exceptions. We will never forget that finish Valmet company built the Think and the Fisker electric cars for worldwide customers.